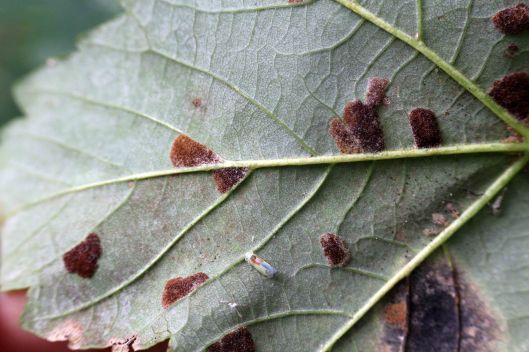 Now I must admit that I didn’t actually recognise this little creature when I first saw it at my local cemetery on 16 September and, as it was so tiny and my photos of it are not crisp, I almost didn’t record it. And, when I did, I wrongly recorded it as a nymph of the Rhododendron leafhopper (Graphocephala coccinea). 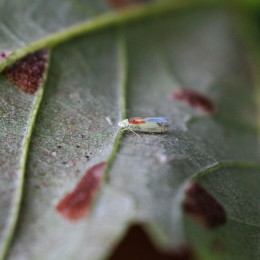 Luckily, Alan Stewart, the national recorder for Auchenorrhyncha, realised my mistake and corrected my record. In his notification email, Alan wrote, ‘In fact, it’s more interesting because this is a species that arrived in Britain only recently and has gradually been spreading. Very interesting that it has arrived in Wales.’ That last sentence made me sit up and pay attention and, sure enough, when I checked with the team at SEWBReC, they confirmed that there were no recorded sightings so far in Wales. So, let me introduce you to Zyginella pulchra – it may be tiny but it is certainly not insignificant. When / if I can get better images, I will post them.