This was exciting – or should that be eggs-citing?! 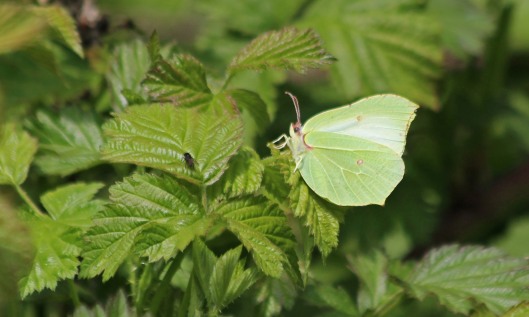 I was watching this female Brimstone, first sitting on a patch of brambles, then flying, seemingly haphazardly, through and around bushes along a woodland ride. I thought those bushes were Blackthorn but it turns out they were probably Buckthorn. 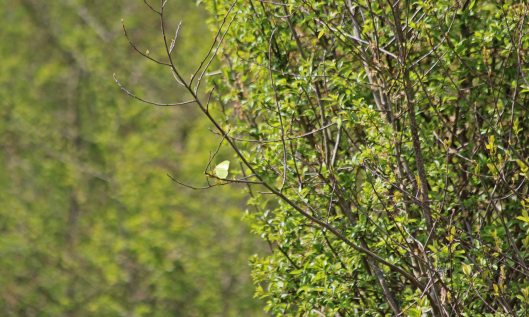 Then I realised the butterfly was egg-laying. In his Life Cycles of British & Irish Butterflies, Peter Eeles describes the process:

Females are particularly choosy about the plants on which they lay their eggs – even on sites with many buckthorns present, only a very small proportion are used by females, who typically lay on plants that are isolated, sheltered and growing in sunny areas, such as at the edge of a woodland ride. 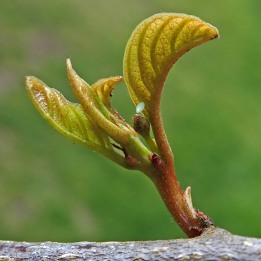 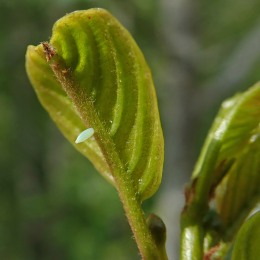 The eggs start off pale green, as shown here, but soon turn yellow and then grey, as the little caterpillar develops. This is the first time I’ve seen Brimstone eggs and I’m fairly sure I’ll be able to find them again so I’m hoping to keep an eye on their progress.