Earlier this week, we had The real peel; today we have The real teal, a look at another unique bird from my New Zealand homeland. The brown teal (Anas chlorotis) (known to the indigenous Maori people as pāteke) is listed ‘at risk’ so I consider myself very lucky to have seen this little beauty. Once widespread throughout New Zealand, the brown teal is now mostly confined to the northern parts of the North Island due to predation by introduced species like rats and stoats, and also to the loss of their preferred wetland habitat. The bird’s population is now estimated to be as low as 2000-2500, though conservation efforts to save the bird from extinction are underway and have thus far proven successful. (You can read more about efforts to conserve these pretty little creatures here.) 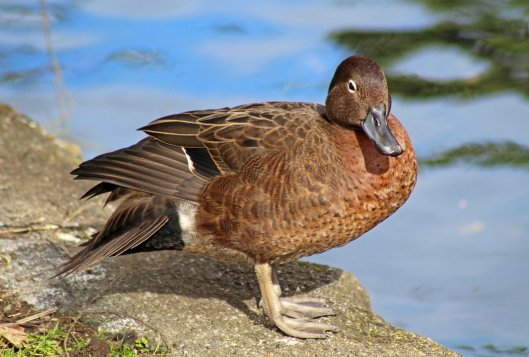 If you get the opportunity, it’s an easy bird to identify – it’s slightly smaller than a mallard and predominantly dark brown. At breeding time, the male has a distinctive iridescent green sheen on the back of his head, as you can see in my photo below left. 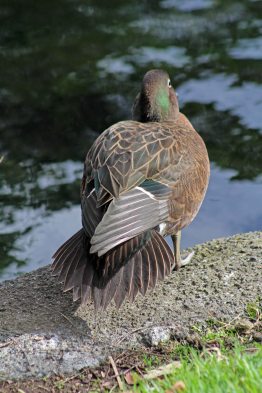 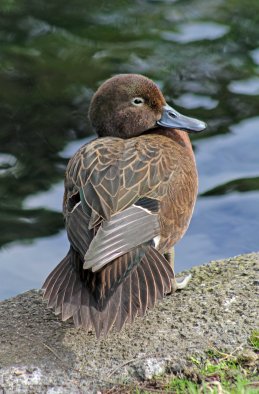 4 thoughts on “The real teal”