The longest day has come and gone, and autumn’s just around the corner. Though some trees are already dropping leaves, there’s none of that messy stuff happening around the very tidy Dawn Redwood. 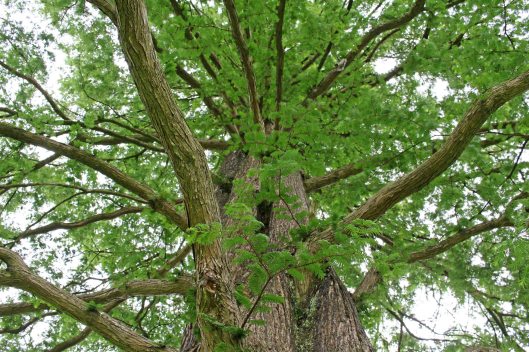 The park staff at Bute Park keep her base neatly strimmed and regularly mow the grass that surrounds her, so she always looks tip top (except when untidy humans leave litter from their picnics or late evening drinking sessions!). 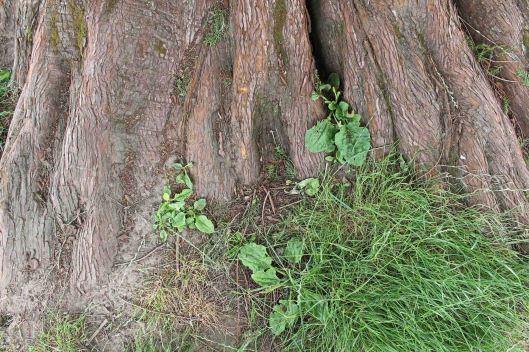 As you might expect from a tree named redwood, Dawn’s wood, if we could see it, would be a rich reddish colour. The bark that covers her wood is also a reddish brown, though it will become increasingly grey as she ages. This bark is quite fibrous and furrowed, and it exfoliates in long narrow strips.

Both the bark and the leaves are used in Chinese folk medicine to produce an ‘anti-microbic, analgesic and anti-inflammatory drug for dermatic diseases’. In 2015, a study was undertaken to determine if there was any scientific basis to this medical use and it found that Dawn Redwood does, indeed, contain chemicals that can reduce the symptoms in allergic contact dermatitis. So, Ms Metasequoia glyptostroboides is not only beautiful but useful too!

Tree following is fun. Why not join in? You can find out more here.