Catkin: According to the Oxford Dictionary, a late 16th century noun, from the now-obsolete Dutch word katteken for kitten (how sweet is that?), meaning a downy, hanging flowering spike of trees such as willow and hazel, pollinated by the wind.

And now is the time to see catkins, at least where I live in south Wales. I took these photos of male Hazel catkins (Corylus avellana) earlier this week, the gusty breeze helping to spread their yellow pollen, hopefully to fall on the tiny pink female flowers of neighbouring trees, there to develop into fruit and later nuts. 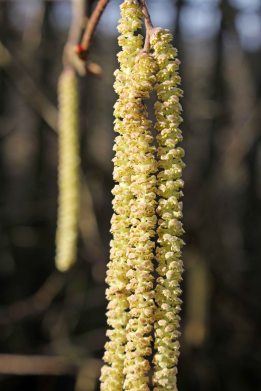 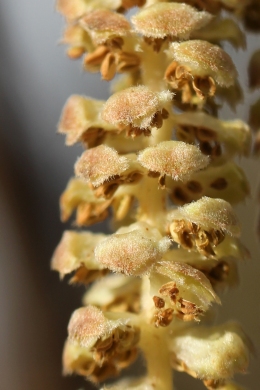 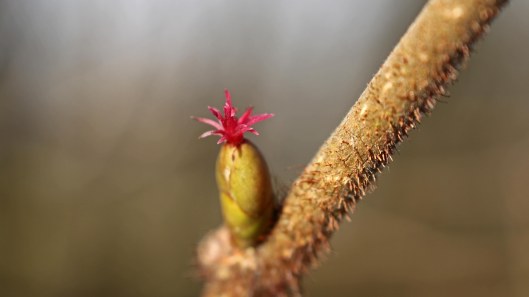