When I first saw this gloop some time last year, I thought it was a type of fungus – the round cup-shaped bodies reminded me of various ascomycetes species – but my Glamorgan Fungus Group friends were quick to inform me otherwise.

This is, in fact, a cynobacterium called Nostoc, probably Nostoc commune, but I can’t be sure of that. It has a very descriptive set of common names: star jelly and witch’s jelly, witch’s butter and mare’s eggs. And, though I’m absolutely sure I wouldn’t want to eat any of this jelly, butter or eggs, Nostoc is considered a salad vegetable in the Philippines and, in China, is a food traditionally eaten at the Lunar New Year celebrations. To me, it looks like slime but with structure, and it feels quite revolting, slippery and scummy. 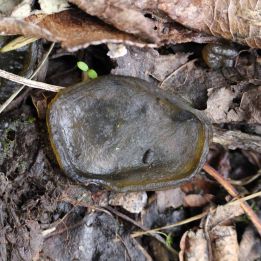 I’ve seen it three times now but it’s actually more common than my limited sightings suggest – it’s just that, when it’s dry, it can look just like muddy, dehydrated plant material, and it’s only when it’s rehydrated that it becomes more noticeable. And this ‘gloop’ is a survivor – it can endure extreme variations in climate, from the freezing temperatures of the Arctic to the dry heat of arid regions, and is even known to endure in areas where radiation levels are high. 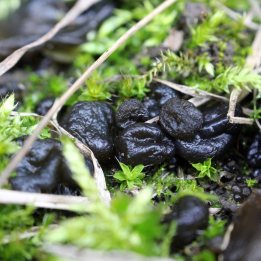 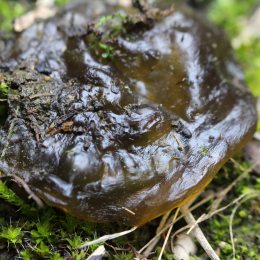