If you’re British, you’ll realise I’ve borrowed the name of this post from the nickname for the extremely cold weather blast that’s about to hit Britain but my ‘beastie from the east’ is something rather different. To be honest, I don’t actually know what it is. I spotted it on 16 February, in a puddle on a muddy walking track leading to Bodium Castle, while on holiday in East Sussex.

It looked like an unusual earthworm but, when I picked it up, I realised it wasn’t a worm, and my friend Jill suggested it might be a leech. When we got home and checked the internet, I initially thought it might be a Horse leech (Haemopis sanguisuga) but, as I’ve never seen one – nor, indeed, any leech, I couldn’t be sure. 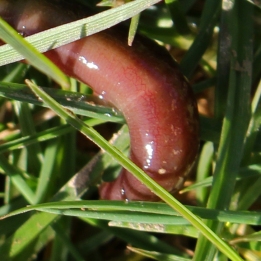 So, I posted some photos on Twitter. One person thought Horse leech might be right but another suggested it might be a different leech, Trocheta subviridis, though to confirm that would require a close look at its pores and, of course, I didn’t bring it home with me. So, my ‘beastie from the east’ remains a bit of an intriguing mystery.

2 thoughts on “The beastie from the east”