I think, like much of Britain’s flora and fauna (and its human population), my tree is suffering from the late arrival of warmer spring weather as not much has changed with it during March: the leaf buds haven’t developed much further, no leaves have burst open, and it’s still looking very skeletal. Warmer temperatures are forecast for next week so, fingers crossed, that gives everything a kick-start.

In the meantime, I thought I would give you a little taste of the delights to come later in the year. While I don’t have any photos of my tree in summer green, I do have a photo, taken in October 2015, of this incredible Acer pictum (Acer mono) resplendent in its glorious autumn finery. Something to look forward to, for sure! 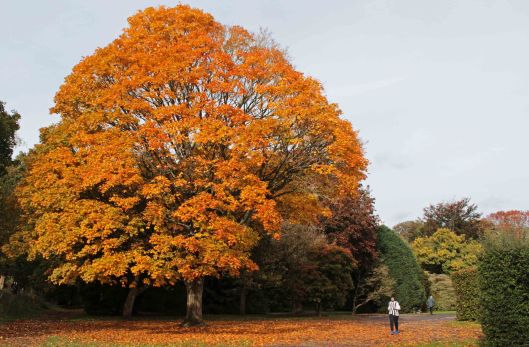