Who was it that invented the collective nouns we use for birds? Whoever it was, they came up with some crackers, though it’s hard to see the reasoning behind some of them. A cluster of Turnstones I can understand, as they do like to huddle together at times, but a bind, a contradiction and a time-step? I suppose they do look like they’re doing a little rhythmic dance at times. 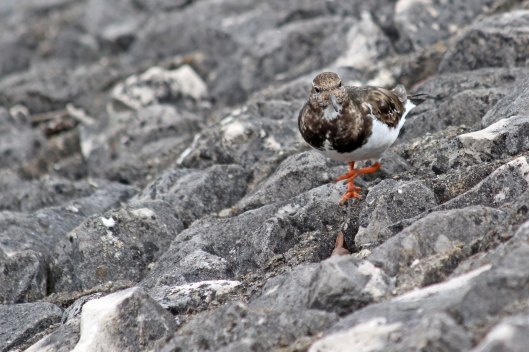 The two in my photos were part of a small cluster of seven picking and poking amongst the stones on the Ely embankment this morning when I started my walk around part of Cardiff Bay. 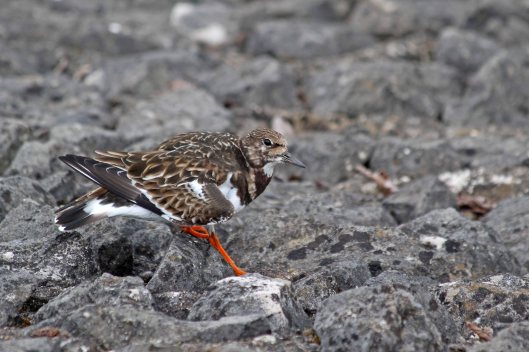