The Nuthatch is such an entertaining bird, with its propensity to run, quite quickly, headlong down tree trunks. 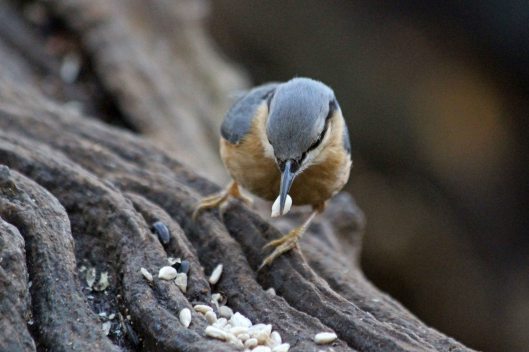 Over the centuries, and throughout Britain, this very handsome bird has acquired a wealth of vernacular names. My Fauna Botannica lists the following: mud dabber and mud stopper (I’ve never seen one near mud but this, apparently, refers to its plastering of mud around the entrance to its nest); nutcracker, nutback, nut jobber and nut topper (it is rather partial to nuts); woodcracker, woodbacker and woodjar (it likes to wedge the nuts it collects in cracks in tree bark, to hold them firm while it attacks them with its beak); and jar bird and jobbin (‘to job’ meaning ‘to jab’, at the nuts). 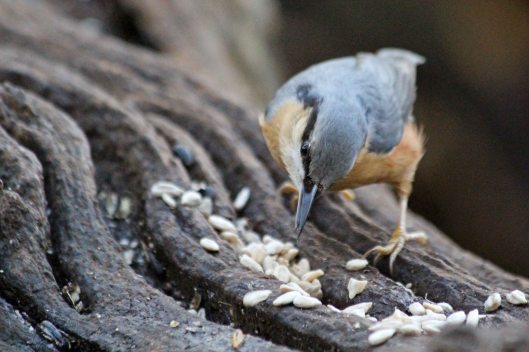 In Welsh the Nuthatch is Telor y Cnau, which translates as Nut warbler. I’m not sure I would label its rather strident call a warble – to me it’s more of a trill, but that’s just my interpretation. 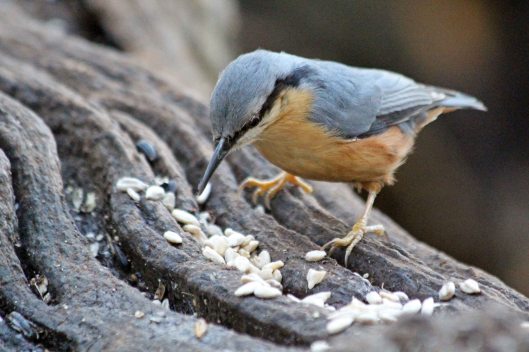 This particular bird was stocking up on the sunflower hearts I had put out for the small birds to snack on at Cosmeston today. 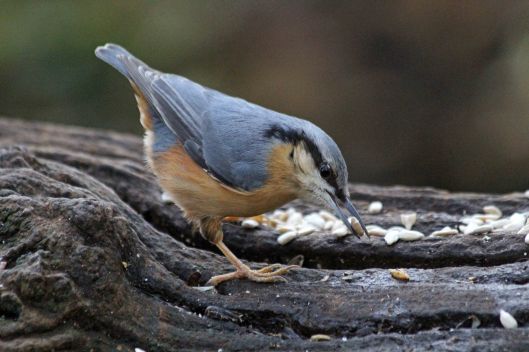