The Moorhens of Cosmeston’s dipping pond have had a bumper year. 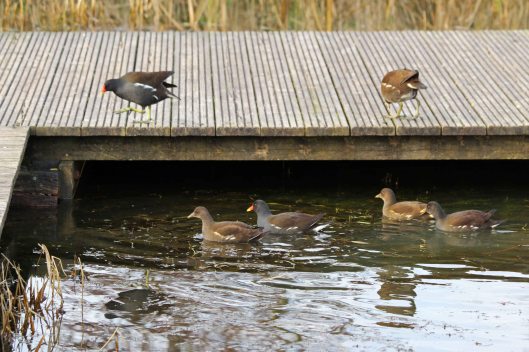 I blogged about their first brood of five on the day they hatched 1 April ‘91/365 New arrivals’ and then reported on their progress on 28 April ‘118/365 Chick update’.

I must have missed the hatching of the third brood, which probably arrived in early September. I’m not sure how many there were but four have survived and flourished, as you can see in this latest set of family photos.