I can count on one hand the number of times I’ve seen a Ring-necked duck (Aythya collaris) so I was delighted when, ten days ago, a juvenile female was spotted at Cosmeston Lakes Country Park, and I managed to get a very distant view of it on 18 October. 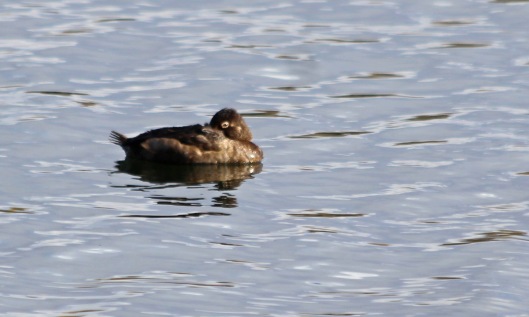 I’m the first to admit I would not have been able to identify this bird without the local, much more experienced birders sharing their photos on social media. When its head is tucked in, which seems to be most of the time, only its pale eye ring distinguishes this bird from the female Tufted ducks that surround it, at least to my inexperienced eye. 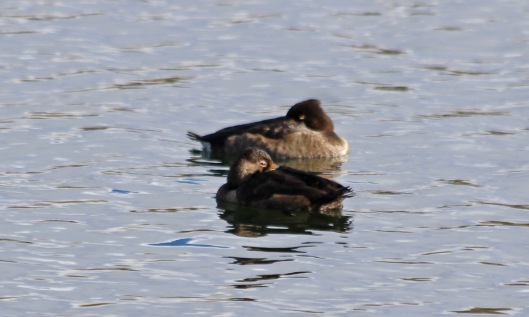 Late last Sunday, 25 October, the exciting news came that a second Ring-necked duck had been sighted at Cosmeston, this one a 1st winter drake, so I headed along on Monday for a look. I got much closer views of the first bird, the juvenile, but couldn’t find the other – turns out, it had flown over to Cardiff Bay. This is a common phenomenon during the winter months – the various duck species fly regularly back and forth between the lakes and the Bay. 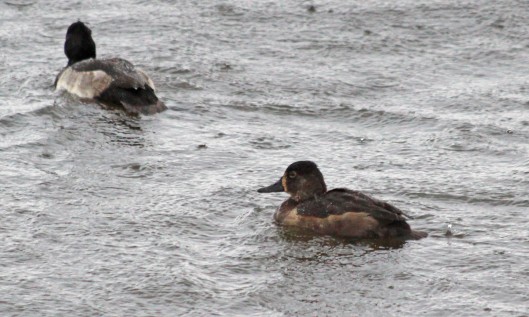 So, for yesterday’s exercise walk I headed down to Cardiff Bay where, in spite of occasional heavy rain showers, I managed to locate both Ring-necked ducks, though this time the drake kept its head tucked in throughout my visit. That’s the juvenile braving the weather in the photo above, and the 1st winter drake below. If I manage to see the drake again and get a photo of it with its head up, I’ll be sure to share. 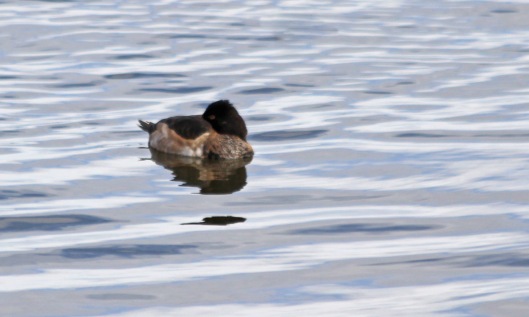