Monday’s walk saw me striding out on a circuit of Cardiff Bay, a walk of just under 8 miles that day as I meandered here and there to look at particular things. (This panorama of the Bay was taken in April a couple of years ago and a few things have since changed but I just wanted to give those unfamiliar with the Bay a general idea of my walk. The Bristol Channel is to the right; Cardiff city centre at the top, slightly left of centre; the view is as seen from the town of Penarth.)

These are some of the birds I encountered on my circuit: three of four Redshanks that flew in to the embankment of the River Ely where it flows in to the Bay.

A Grey heron using some of the old dock infrastructure as a lookout.

A pair of Goosanders on the embankment near Mermaid Quay – the red-headed female mostly snoozing, her partner using the time out of the water to spruce himself up.

One of a pair of Mute swans also preening, then snoozing.

One of many Great crested grebes that make their home in the Bay. 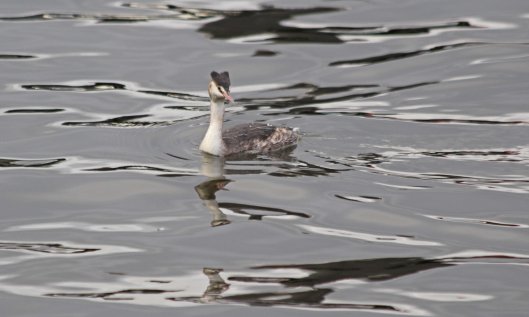 I counted 20 Turnstones in total on Monday; this one had lost a chunk of feathers on its back, perhaps an encounter with a bird of prey that the Turnstone was fortunate to survive.

And, last but probably the most numerous, one of hundreds, perhaps thousands of Black-headed gulls to be seen around Cardiff Bay. 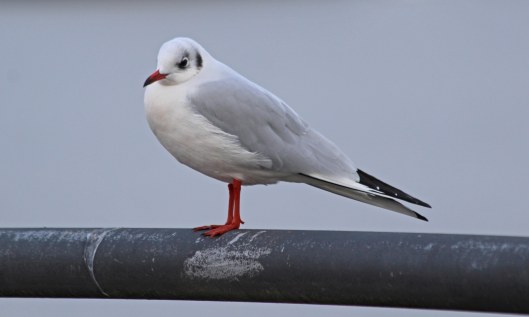