Happy UK Fungi Day 2021! We have heavy rain here and it’s forecast to last all day. Being something of a wet weather wimp, I’m not heading out on a fungi hunt so have only some puffballs to offer. 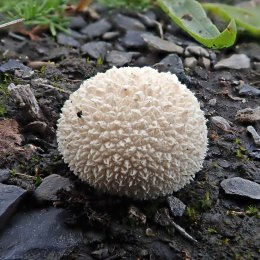 But I shouldn’t say ‘only’, as puffballs are fungi that many people will be able to find for themselves, and I think they’re rather stunning. Just look at their amazing textured surface, especially on the smallest, youngest specimen, above left. Though that looks quite spiny to me, I think these are all Common puffballs (Lycoperdon perlatum), as opposed to Spiny puffballs (Lycoperdon echinatum).

Puffballs lack gills from which to release their spores; instead, their surface is covered with tiny pores through which spores can be released to the wind. Of course, if the surface becomes damaged and rips open, as in my final photo, spores can be released en masse, and we might expect to see even more of these sculptural beauties in the future. 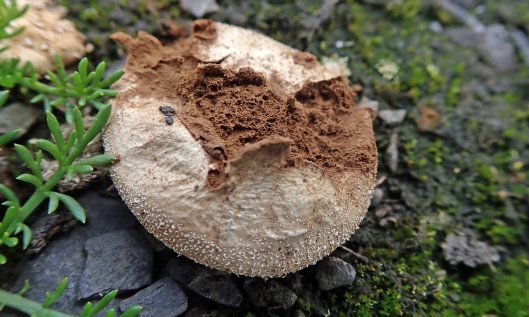