Do you remember my piece back in July about The Gadwall that thinks she’s a Mallard? Well, she’s back – or perhaps she’s been lingering unnoticed in the more sheltered spots around Cardiff Bay – and, though I still think she thinks she’s a Mallard, she now has a male Gadwall friend who’s trying to convince her otherwise. 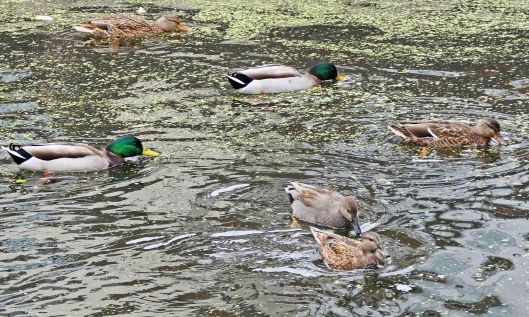 Personally, I hope he succeeds, not from any notion that a pairing would somehow be romantic but rather because in the area where they are now several birds (and a large fish) have been found dead in recent weeks. This might be due to avian flu (it has been reported to the appropriate authorities) or it could be the poor water quality, but it would certainly be better for all the local ducks if they moved elsewhere. 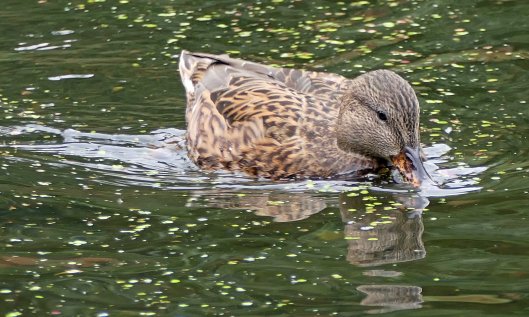 The only positive thing about their location, in the old canals of Cardiff’s Atlantic Wharf area, is that you can get very close views. And so I couldn’t resist a visit, partly to say hello to Ms Gadwall again but also to get some good photographs of the drake.