At first glance, I thought this was Turkey tail, a common bracket fungus that I’m sure most people are aware of. 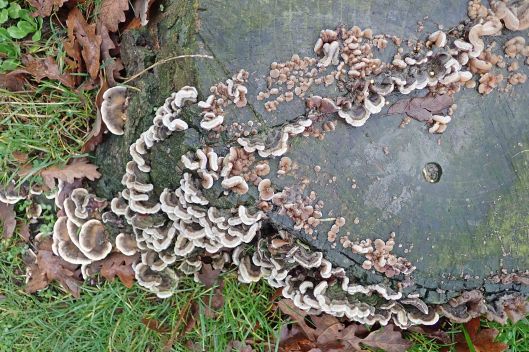 But, when I looked more closely, particularly at the newest growth – those fat, juicy looking little buttons, and also at how furry some of the growth was, I knew my initial impression was wrong. This is Tripe fungus (Auricularia mesenterica). 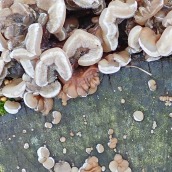 I couldn’t tell what the wood was as the tree had been sawn off very close to the ground and only a very short section of trunk and some sections of exposed root remained (all of which were covered in fungal growth). But, Tripe fungus grows most commonly on Elm trees so I assume this was an English elm that had succumbed to Dutch elm disease.

Though I always try to vary the routes I walk, I was reminded of how important this is on Monday’s local meander. I usually walk back from our local beach through one of the parks but this day decided to stomp up the hill via the road instead. It was a good choice, as I found lots of lovely Tripe fungi (Auricularia mesenterica) on a large stump beside the road. And the stump held the complete life cycle of the Tripe, from the small rubbery looking buttons to the bracket-like structures they later merge into. 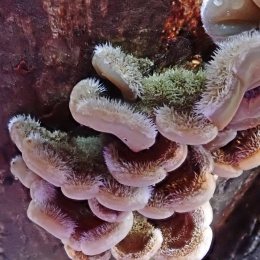 I’m sure you’ll be relieved to read that, despite its title, this blog has nothing to do with cow intestines. Rather, this is about a fungus, Tripe fungus (Auricularia mesenterica), not the loveliest of fungi but still an interesting find as it’s usually found growing on Elm trees. And Elms are few and far between following their devastation by Dutch Elm disease. 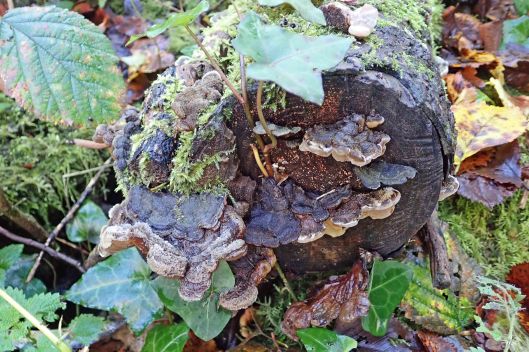 I found these Tripe on a dead tree in Cogan Wood at Cosmeston Lakes Country Park this morning, in an area where I’ve previously found other fungi specific to Elm trees, so there were obviously several growing there in past days.

If you’re wondering how the Tripe fungus, Auricularia mesenterica, got its name, well, according to Pat O’Reilly’s most excellent First Nature website, ‘The specific epithet mesenterica is a Latinised adjective derived from the Ancient Greek word mesenterion meaning ‘middle intestine’.’ I checked – he’s not talking tripe! Auricularia comes from the Latin word for ear, a nod to its fleshy ear-like shape. (Fungi fans will notice that it resembles the Jelly Ear fungus, Auricularia auricula-judae, which is in the same genus.) 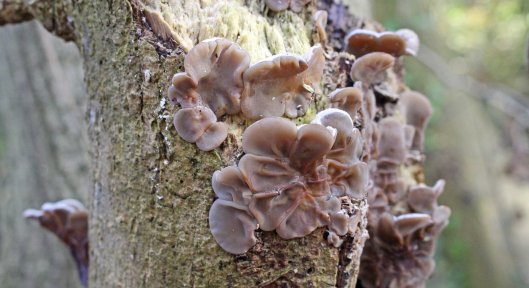 This is not a particularly common fungus these days as it usually grows on dead elm trees but, with the devastating effects of Dutch Elm disease, which has killed over 60 million British elm trees, there are now not many elms left, even dead ones. I had first noticed this particularly fungus in one of my local woodlands several months ago when the hot dry summer had left it shrivelled up and unidentifiable but, as soon as the autumn rains came, it almost immediately fleshed out and began creating new growth. It’s very variable in colour, with bands of brown, grey, white or purple on top, and it is a rather odd combination of hairy above and jelly-like below. 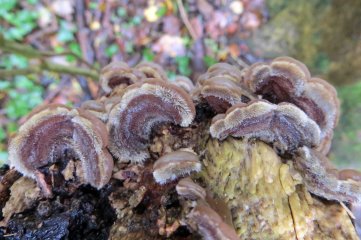 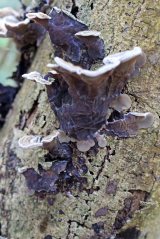 Well, there weren’t any teddy bears in the Coed Ty Rhiw woods today but we did get lots of lovely surprises. Five friends and fellow members of the Glamorgan Fungi Club and I went on a foray, mostly looking for spring fungi but, as we had a ton of other wildlife expertise in our group, we were also drawn to birds and bugs, bees and butterflies. 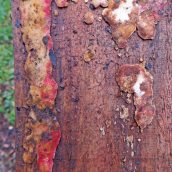 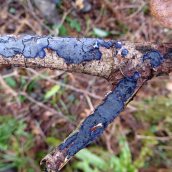 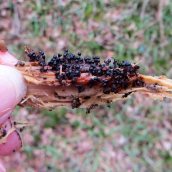 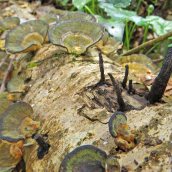 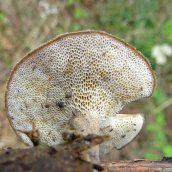