Monday’s walk around part of Cardiff Bay was special. When I reached the eastern side of the Barrage, I noticed an unusual bird with a flock of the 20-plus Canada geese that were cruising close to shore. I wasn’t sure what it was but a quick photo post to the local WhatsApp group produced three rapid responses: ‘It’s a Brent goose, Annie!’

I probably should have known that but I’ve only seen these geese a few times before and then only at a distance. It’s a rare occurrence for one to drop in to the Bay. There are four races of Brent goose (Branta bernicla) (if you’re interested, there’s a good article, with photos, on the Bird Guides website); this bird was one of the dark-bellied sub species that breed in the Russian Arctic. Good numbers of these birds over-winter on the Exe estuary in southern England, so it’s possible that this bird was heading in that direction. 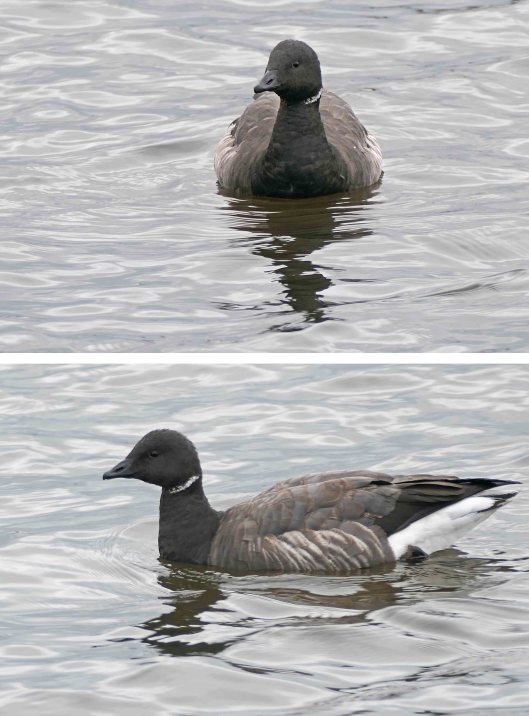 Perhaps it got a little lost en route, though I suspect it was simply hungry. It repeatedly came out of the water and up on to the grass to feed – I say repeatedly because dog owners often let their mutts run loose in that area and the Brent, and the Canada geese that followed its lead, kept getting chased, causing them to fly back to the safety of the water. The geese persevered though and, from reports I heard from other birders who came to see this local rarity, I know that it was still in the area in the late afternoon. Our Brent visitor disappeared overnight, hopefully with its energy restored for the flight south to find its kin. 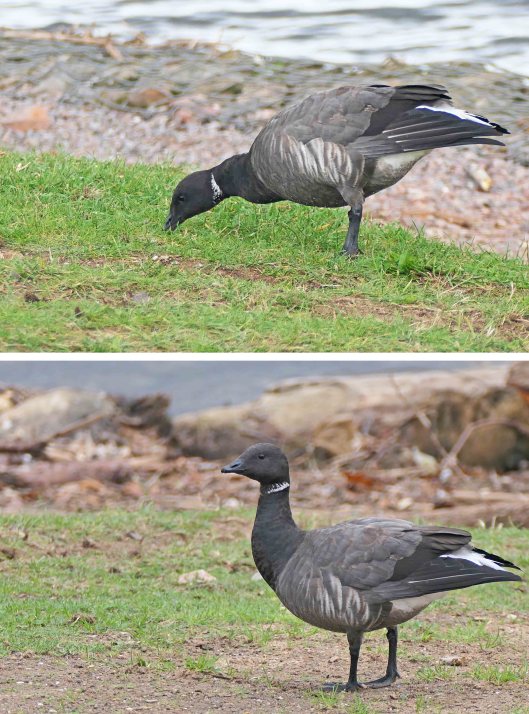