Up at 6, collected at 7 and off we headed, west along the M4 for a 9 o’clock meet up with our other Glamorgan Bird Club buddies at the foot of Dryslwyn Castle in mid Wales. This was unexplored territory for me and the scenery of the Tywi (or Towy) Valley was simply stunning, with castles and monuments seemingly on every hill top and the beautiful River Tywi meandering through the valley below them. It was clear but cold, with a bitter wind, and heavy frost and thick ice still blanketing those spots the sun could not reach. Later, we moved on to Tregaron Bog, also known as Cors Caron National Nature Reserve, a fabulous area of marsh and wetland. And what a superb day’s birding we had!

A large flock of Lapwing on the fields next to the River Tywi, and a Grey heron flying in. 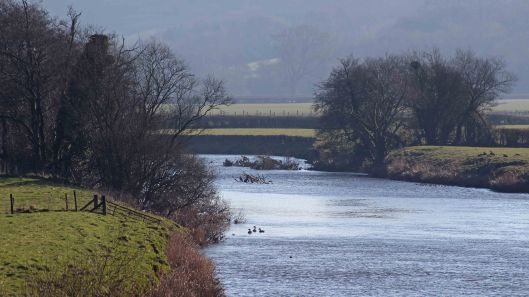 Ducks, geese and Little grebes in the river.

A Red kite looks for lunch from its perch on this big old dead tree. 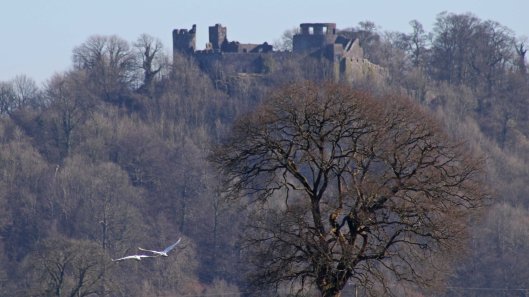 Looking towards Dinefwr Castle, with two swans flying off (possibly Mute but we also saw Whooper).

A thrush checks through a mole hill for potential food.

Too distant for clear shots, two Green sandpipers (and a Teal), from one of the hides at Tregaron Bog.

Intrepid birders, well rugged up against the chill. 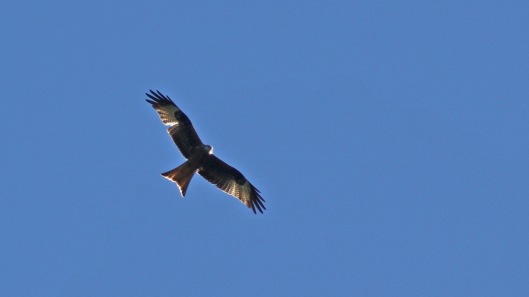 A Red kite; one of several seen this day and spectacular birds to watch.