It seems late in the season to be seeing a juvenile Great crested grebe that’s still constantly nagging its parent for food and still sporting the head stripes that have earned these birds the nickname ‘Humbug’ (for those unfamiliar with the word, it’s a black-and-white-striped boiled sweet) but there are still a couple in my area. 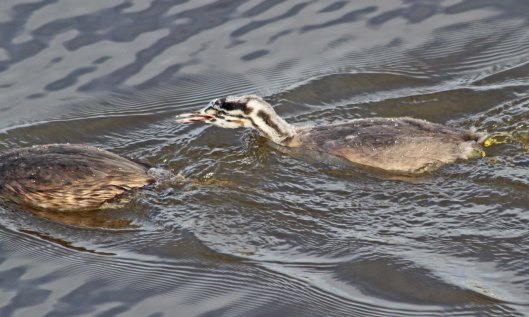 I presume these juveniles are the result of second breeding attempts by the adult birds after their first attempts have failed. Their parents may not agree but I think they’re incredibly cute!