This past Friday to Sunday was the annual Glamorgan Bird Club long weekend trip to Portland Bird Observatory, and my second visit to the fascinating island of Portland. But first the trip down … 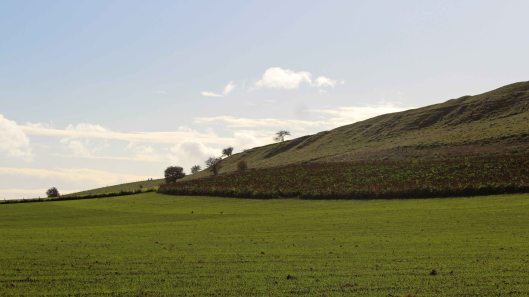 Eleven of us left south Wales in various car-share combinations and via various routes to meet up around 10am at Maiden Castle, just outside of Dorchester. The ‘castle’ is, of course, not a castle but rather an ancient Iron Age hillfort, one of the largest in Europe.

I still haven’t managed to explore the site itself, as our primary reason for meeting there is because we’re almost certain to see a Corn bunting, a bird we don’t get in Wales so it’s a year tick for most of us and a lifer for some. (You’ll need to believe me when I say that the small brown blob sitting on the fence is a Corn bunting.)

Sitting in the field adjacent to the Maiden Castle carpark were over a hundred Golden plovers, a bird that seems common in this area as we also saw a large flock of them on the 2017 trip.

We were also treated to our first of many Kestrel sightings of the weekend. After a bit of fence-post sitting and some hovering, this beautiful little bird plunged down to the earth in a nearby field, having apparently caught something. It fluttered about several times, as if its prey was still alive and trying to escape and the Kestrel was having trouble subduing it. 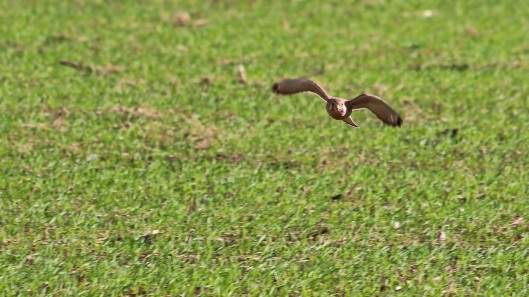 My long lens wasn’t quite long enough to identify the victim but, whatever it was, it seems it may have been too large and/or heavy for the Kestrel to carry as the bird eventually flew off empty-clawed.

Soon afterwards – though probably unrelated – something spooked the Golden plovers and they treated us to a wonderful display of formation flying before settling again further off. And that was our cue also to head off, to our next stop en route to Portland.