I have only ever seen two shrews, both sadly deceased. Britain has two species of shrew, the Common (Sorex araneus) and the Pygmy (Sorex minutus), but I believe the ones I have seen have been Pygmy shrews. Though both species have brown fur on their backs and silvery grey fur on their bellies, and they are of a similar size, the Pygmy shrew has a tail that is two-thirds the length of its body, whereas the Common shrew’s is half the length. It’s a small distinction and I’m sure experts could point to more scientific methods of distinguishing one from the other but, for me, the tail has to be the telling point. 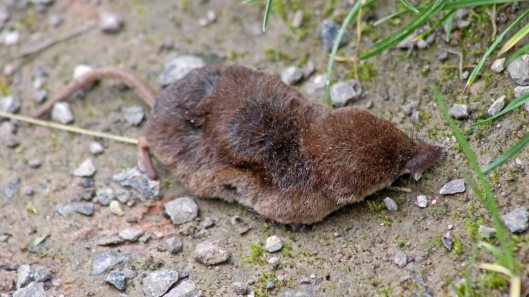 Pygmy shrews lead short but frantic lives. In their twelve to eighteen months of life the females can give birth to two, sometimes three litters of between 5 and 7 young. Though very few people ever see them, they are common in much of Britain, ferreting about frantically, in grasslands, woodlands, the fringes of arable fields and in the urban garden, for the small insects they like to eat. As you can see, they have tiny eyes but that relatively large snout gives them a keen sense of smell to help find their prey. 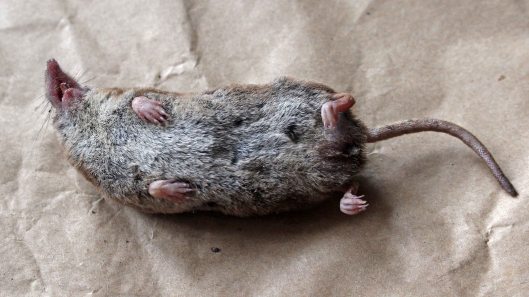 In case you’re wondering how I managed to get such detailed photos of this little Pygmy shrew, I brought it home with me. This wasn’t just to get photos – through someone I know who is doing a PhD in biosciences at Cardiff University, this little creature has been donated to science. Its details will help in the study of these often elusive small mammals, and it will be preserved and used as a teaching aid. I was sad to find such a gorgeous wee beastie dead but at least its death has not been in vain. 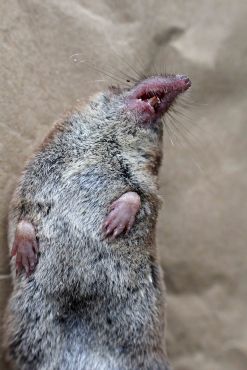 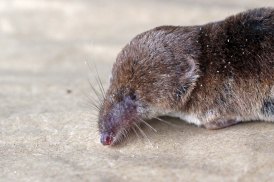 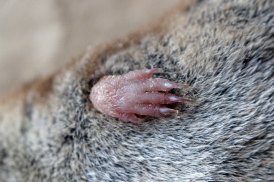