With temperatures hovering around zero and a brisk wind making it feel even colder, our eleven intrepid Glamorgan Bird Club members were well wrapped up for last Wednesday’s birding at Parc Cwm Darran (and Rhaslas Pond, but more on that tomorrow). 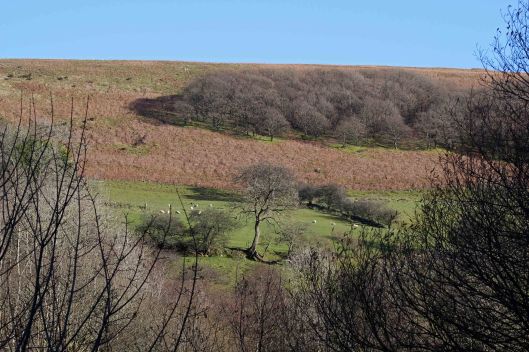 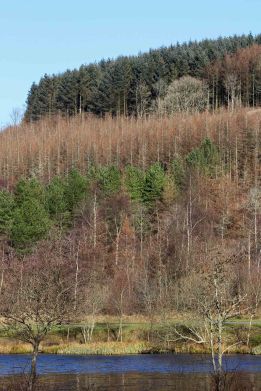 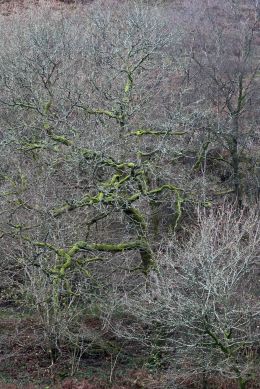 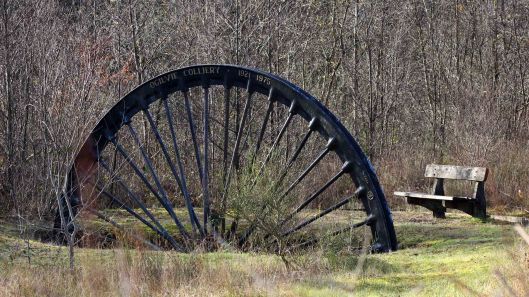 The park sits on the site of the old Ogilvie Colliery, which was active from the early 1900s through to 1975, and various buildings and pieces of mining equipment can still be seen around the park. The scenery was stunning, with glorious old trees dotting the landscape, as well as areas of more modern plantings. One of our party was a local and showed us one particularly beautiful hidden gem, a waterfall cascading over the edge of an old quarry into a pool below. 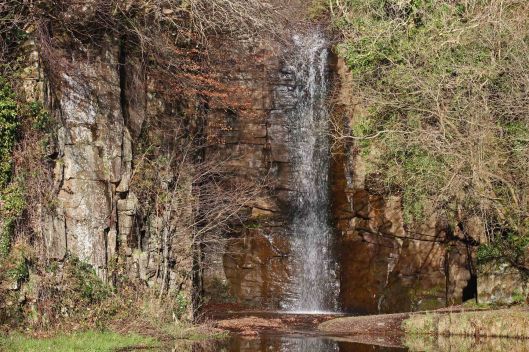 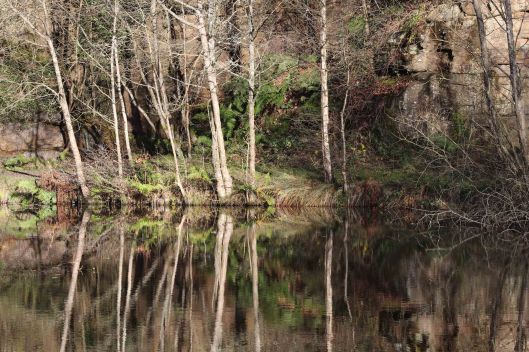 The birds were also stunning. We had good ’scope views of a male Crossbill, who sat very obligingly atop a tree for at least 15 minutes; we enjoyed sightings of several birds of prey, including four Buzzards, one of which came flying low straight towards us out of the quarry; and I saw my first Siskins of the year. The prize for the most entertaining birds, however, must go to the seven Indian runners, who looked to have Mallard in their genes and who were convinced we had food for them, running out of the water towards us and following us as we walked along the lake edge. 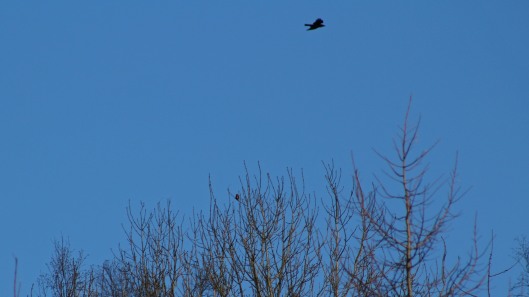 You’ll have to take my word about the dot in the tree being a Crossbill! 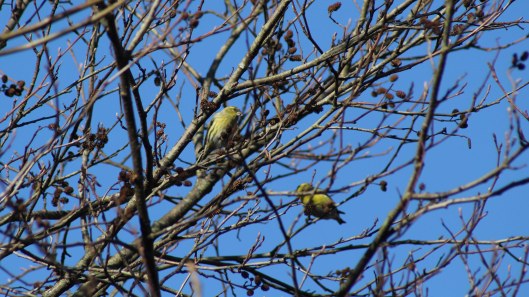 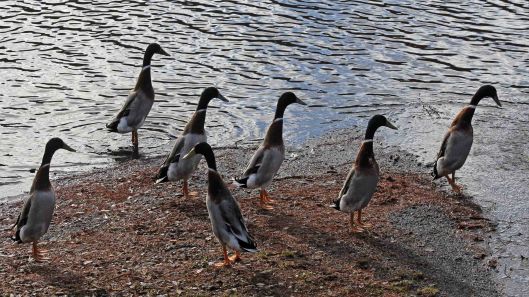