As the daffodil is one of the national symbols of Wales, I naturally expect to see a lot of daffodils here and, though it is still very early in the season, so far I have not been disappointed. As I couldn’t help but wonder why the daffodil is an official Welsh emblem, I’ve been investigating.

It seems the origins are somewhat obscure. It could be because the daffodil was the favourite flower of the only Welshman to have been Prime Minister of Britain, David Lloyd George, who apparently wore the flower each year on St David’s Day and supposedly ordered its use in the celebration of Edward’s investiture as Prince of Wales in 1911 (though that event was in July and photographs show no daffodils present). 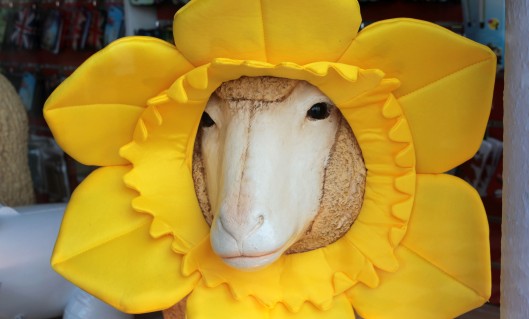 one of the more unusual Welsh varieties of daffodil

It could perhaps be because the flower usually blooms in early spring which usually coincides with the celebration of the Welsh patron Saint David’s Day on 1 March (not late January, like this year). Or it could be a confusion of words: that other national Welsh emblem, the leek, is cenhinen in the Welsh language, whereas the Welsh for daffodil is cenhinen pedr. Did the two terms just get confused over time? The truth may never be known. 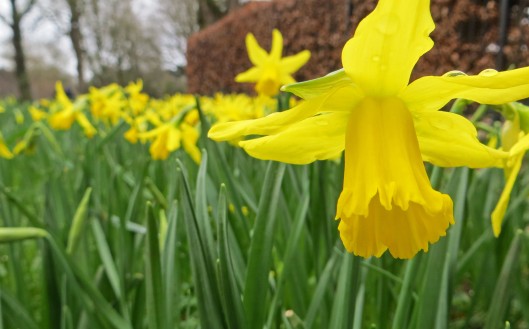