It doesn’t matter what name you call it by – Ramsons, Londoner’s lily or Wild garlic – it smells. Some people even find the smell overwhelming but I don’t mind it, and when you see Ramsons flowering en masse, they’re really very lovely.

According to Richard Mabey in my ever-useful Flora Britannica, Ramsons were ‘unmistakable and abundant enough to figure in Old English place names’ and he gives the following examples: ‘Ramsey Island off Pembrokeshire; Ramsbottom, Lancashire; Ramsdell, Hampshire; Ramsholt, Suffolk; Ramshope, Northumberland; and Ramshorn, Staffordshire’. 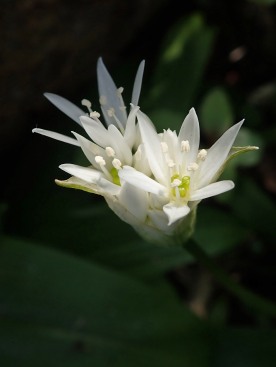 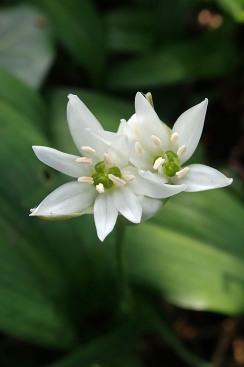 Here in Penarth, the banks of the stream that flows alongside Alexandra Park are carpeted with Ramsons at this time of year, and their growth is also lush in the wild gardens in Cardiff’s Roath Park and under the trees in Bute Park’s woodland trail. Get sniffing!