You’ll recall that a couple of weeks ago we had some members of the Pea family (A Pod of Peas, 26 July) – well, here are another three members of that extensive kin group.

Common restharrow (Ononis repens)
The name ‘restharrow’ comes from the fact that this wildflower’s thick long roots were ‘tough enough to stop a horse-drawn harrow in its tracks’ (Flora Britannica) and that esteemed publication also notes that those roots could be chewed, with a taste like liquorice. According to the Plantlife website, the plant’s shoots also had culinary uses: they could be boiled as a vegetable or eaten in salads. 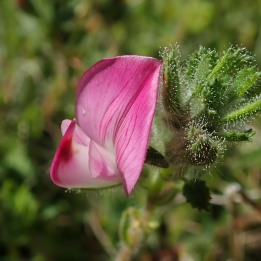 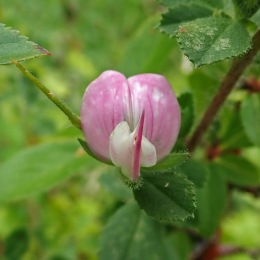 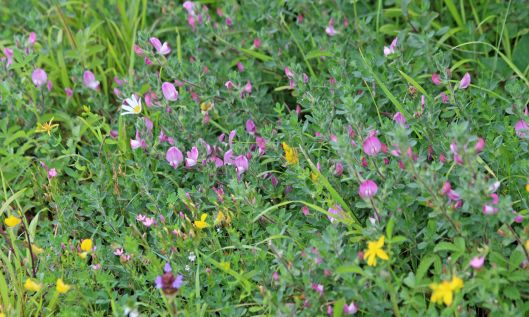 Hairy tare (Ervilla hirsuta)
There’s an abundance of this little plant curling and winding itself through the rough grassland and wildflower fields at Grangemoor Park. As its flowers are rather small, it’s easy to miss how lovely they are but they’re definitely worth a closer look, anytime from May to August. 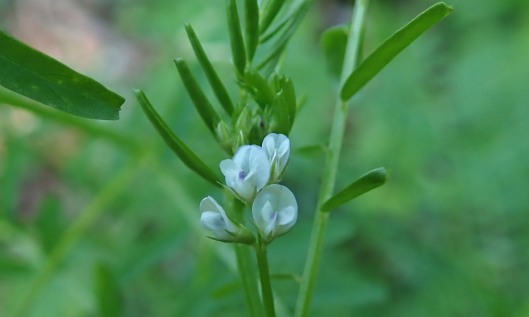 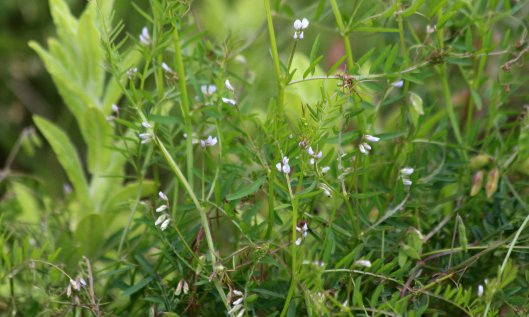 Black medick (Medicago lupulina)
This is a plant I often see along the edges of roads but it’s also particularly numerous in one of the wildflower fields at Cosmeston Lakes Country Park. The First Nature website explains its scientific name thus:
‘The genus name Medicago refers to the region of Iran known as Media, where this plant was thought to have originated. The specific epithet lupulina means “wolf-like” – a reference to the flowers of the hop Humulus lupulus, which its inflorescence resembles.’ 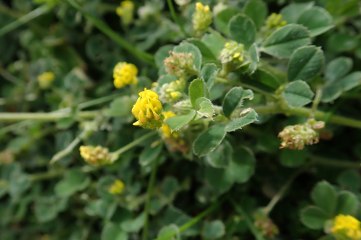 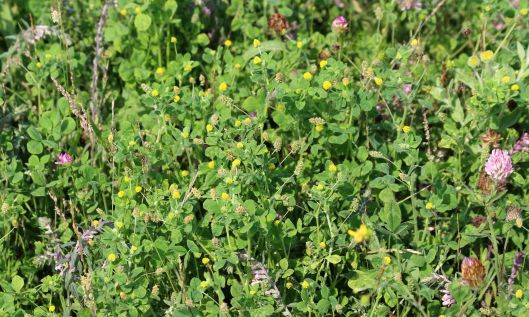