I can’t be entirely sure but this is probably Chrysoperla carnea, Britain’s most common Lacewing. Their transparent wings lend these creatures a fragile air so I was surprised to see one still out and about as these Lacewings usually find a cosy spot indoors to hibernate come the autumn weather. 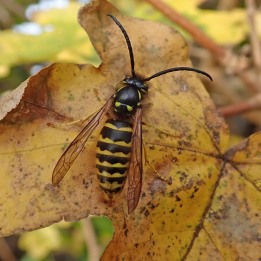 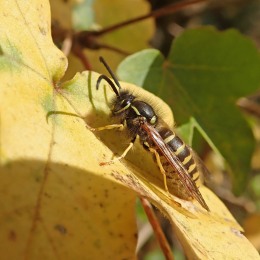 I think these are Common wasps (Vespula vulgaris)  that I’m seeing frequently on and around Ivy, and basking in our rare glimpses of sunshine, but I don’t have any face-on shots to properly separate them from German wasps (Vespula germanica). At this time of year, these are likely to be male wasps, which apparently are not able to sting – only female queens and workers have the anatomy for that. 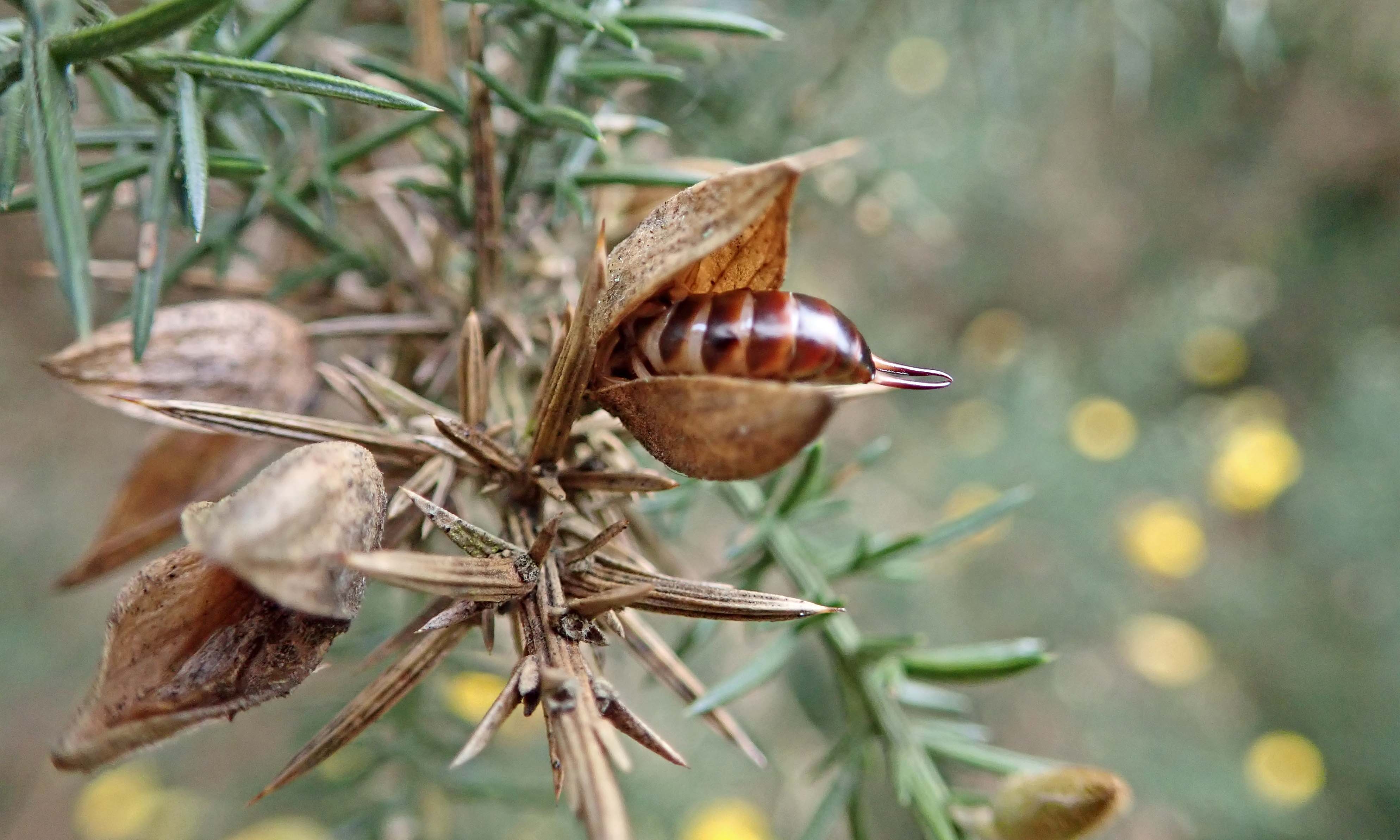 We saw Earwigs hiding in umbellifer seedheads in a recent post (Insecting, 31 October). It seems they like to hide, though I’m not sure how effective this earwig’s hiding place is, its head tucked into a gorse seed but the length of its body exposed. Still, I doubt anyone – insect, bird or human – was going to argue with those pincers.

Spiders have been much in evidence lately. Garden spiders (Araneus diadematus) sit ready to pounce in their strategically strung webs, and, in the right photo, I only spotted the tiny, unidentified spider lurking under the Creeping thistle flower when I got home and started looking through my photos.