This new-to-me species was the result of a recent session turning over Oak leaves to see what might be lurking beneath. I didn’t actually find the leafmines for this creature but rather, on adjacent trees, two empty cocoons – the tiny moths (pictured on the UK Moths website) that were metamorphosing inside had already hatched and flown (you can see part of the pupal case poking out of one cocoon). The ribbing on the cocoon points to this being one of Bucculatrix genus of moths and the fact that these were on Oak gives a positive identification of Bucculatrix ulmella (don’t be fooled by the specific name ulmella, which would appear to indicate the larvae feed on Elm – the species has apparently been misnamed). 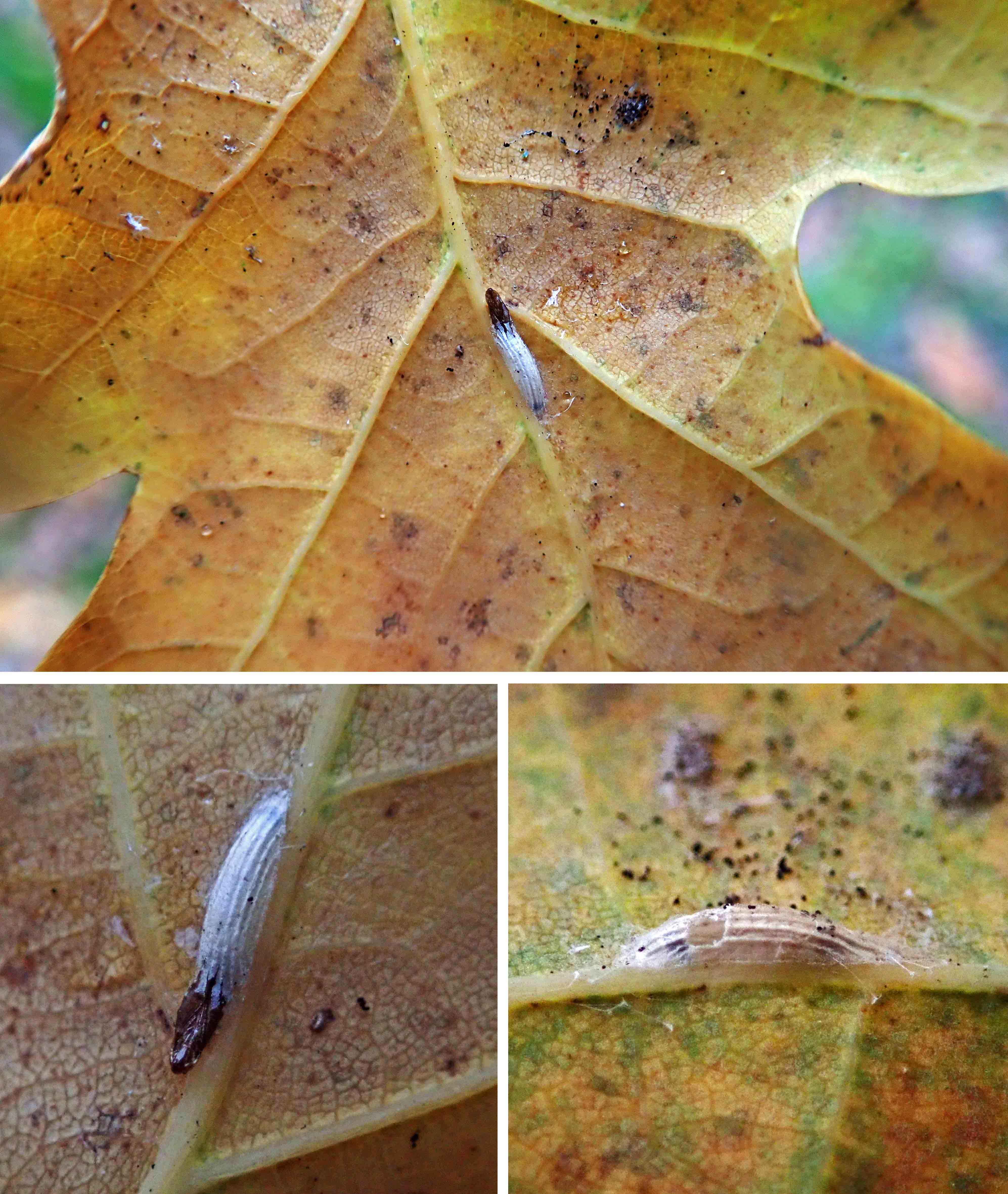