Looking for leafmines has had all sorts of spin-off benefits this year, as I’ve learned to recognise more tree species and encountered creatures I’ve never seen before. This little creature is a prime example: it has been confirmed as the Barkfly species Valenzuela flavidus. 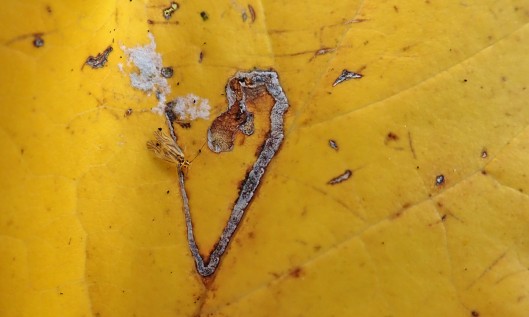 Perhaps due to their tiny size (this one’s c.3mm), Barkflies are much under-recorded – I’d never even heard of them – but, as the Barkfly Recording Scheme website notes ‘The lack of recording ensures that even casual recorders of the group have a good chance of making significant finds. Wherever you live you are likely to turn up species previously unrecorded in the area and may even find species new to Britain.’ Seven new species of Barkfly have been discovered in just the past 10 years. So, that’s another insect group to keep a look out for. 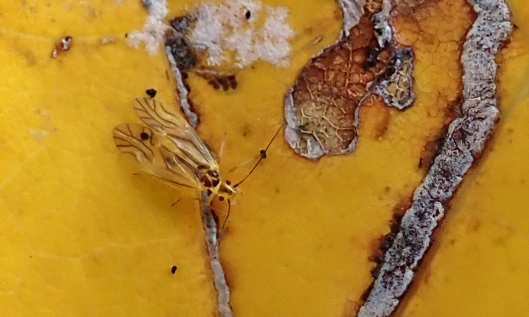