I was a woman on a mission today, and these are what I was looking for. They are the leafmines of the larvae of the moth Ectoedemia heringella, found on Evergreen Oak. 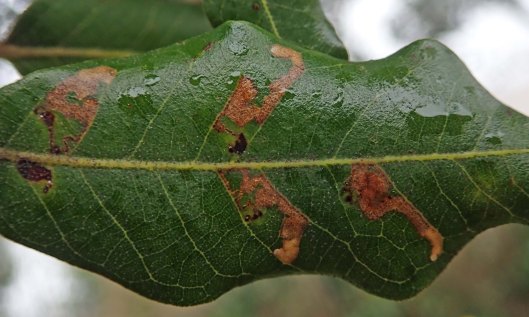 You’ve probably never heard of this moth and neither had I, until yesterday, when I read a tweet by George Tordoff, Senior Moth Ecologist with Butterfly Conservation here in Wales, that he had found its leafmines on an oak at Barry Island. His find was only the third record for the county of Glamorgan – the first two were found by County Moth Recorder Dave Slade, in Cardiff’s Bute Park. It made sense that the mines might also be found in locations between Cardiff and Barry, so today I went looking and found them on every Evergreen oak in Penarth’s Windsor Gardens. And my fellow Penarthian, Gareth, also went looking today and found several mines on the trees at nearby St Mary’s Well Bay. Success!

According to the UK Moths website, Ectoedemia heringella only arrived in Britain (in Greater London) from Europe in 1996 and has slowly been spreading out from there. The adult moths don’t appear until mid summer, and I may never see one, but at least now our records can help track their spread across the country. 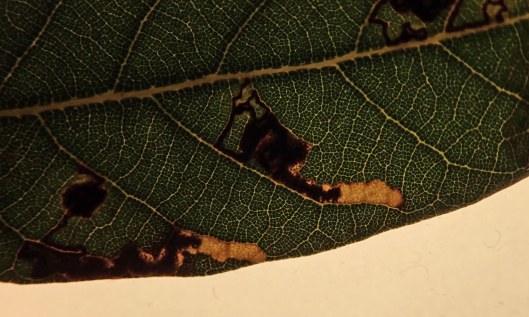