As a follow up to yesterday’s post about our local Redshanks, I thought I’d write about those legs, which, to my eye, are orange not red. A few months ago, I wondered aloud on social media why so many birds have such bright orange legs and was informed that, on a recent episode of the BBC’s Winterwatch television programme (I don’t have a tv so didn’t see it), it had been suggested that orange-coloured legs ‘are effective in disturbing benthic creatures when feeding/stirring the sediment’. 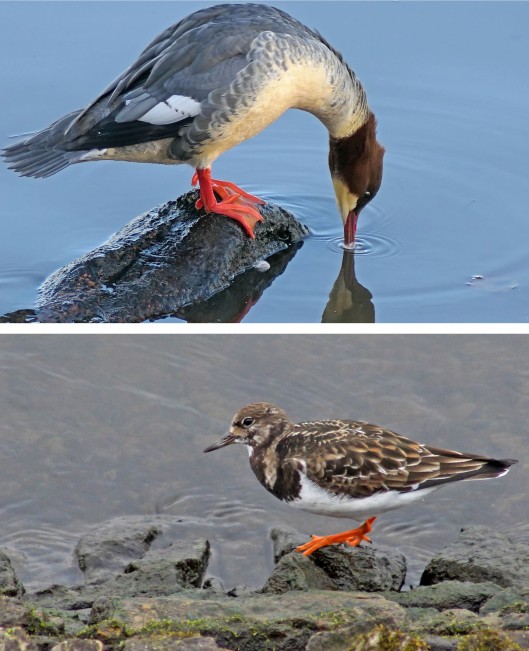 Another idea suggested on the Canadian Science.ca website is that ‘bright orange feet may reveal that the male is good at foraging (carotene comes in the diet)’, though the writer of that article also acknowledged that there may be several other factors at play, and that scientists don’t actually know the answer to the fascinating ‘why orange feet?’ question. So, if you have your own theories, or verified scientific knowledge, please do share in the comments. 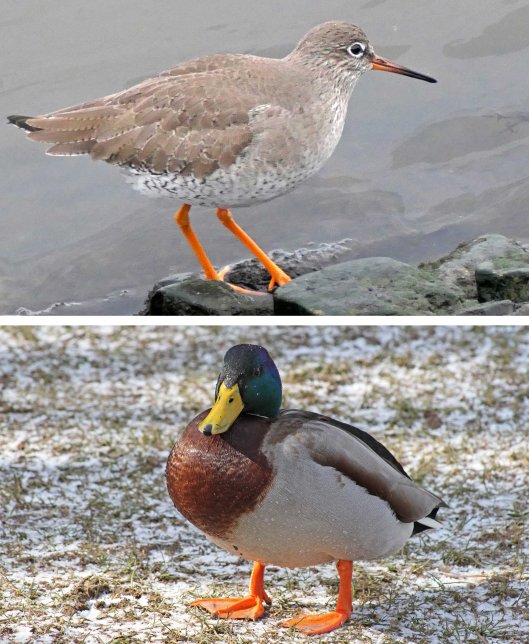 It’s quite unusual for Gadwall to spend time at Cardiff Bay Wetlands Reserve and for them to be so confiding and so consistently in the company of Mallards rather than their own kind, so this little beauty may well be the same bird that visited the reserve back in March 2021. 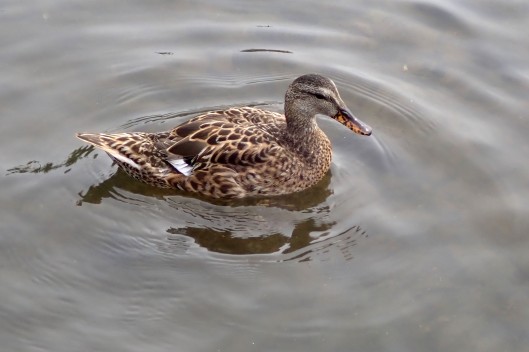 Yesterday, she was puddling about right next to the boardwalk, which gave me the perfect opportunity to take some comparison shots with a female Mallard: Gadwall images on the left, Mallard on the right. Female ducks can be tricky to tell apart but you can see here that the differences in their body shapes are quite distinctive. 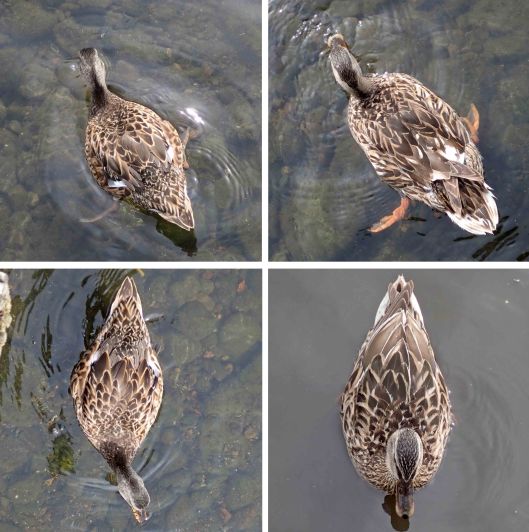 Though Mallard ducklings were seen by other birders as early as the end of February, these little beauties were my first of the year. Eight little bundles of fluff and their mother were tucking in to a soggy slice of bread thrown to them by some boat owners in a local marina. Awwwwwww! 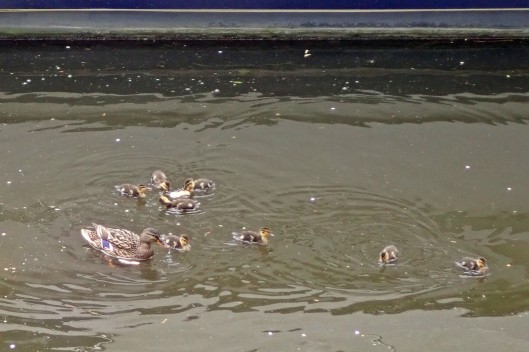 We all need a little cuteness from time to time, so I hope you enjoy this photo, taken recently at Forest Farm Nature Reserve, of Mrs Mallard and her three ducklings snoozing on a log on the Glamorgan Canal. 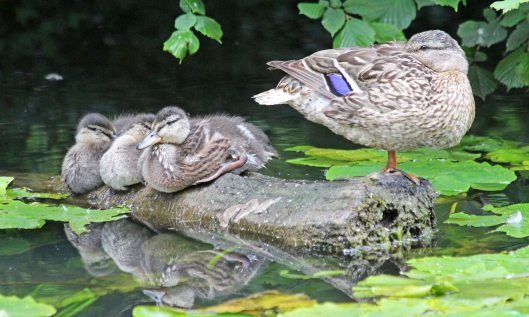 Female ducks, of various species – in this case Mallard, are often under-appreciated. But, with a little time and some close observation, I think we can all learn to appreciate the sublime subtly of their plumage, the tonal colour variations and the intricacy of their delicate patterning. 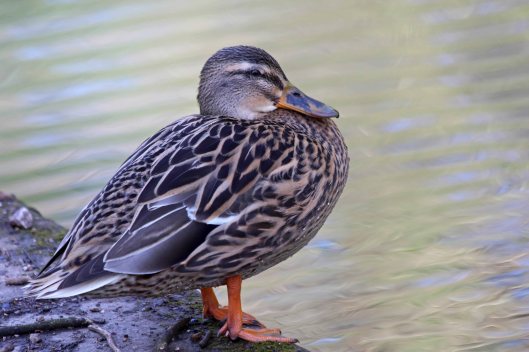 Yesterday’s walk along the Ely river embankment was a mix of treats and unexpectedness. The first unexpected treat was the large number of both Sand and House martins flying low along the embankment: the air around me was alive with their close flypasts and their noisy chirruping. I’ve no photos of them – I was too intent on enjoying their proximity. 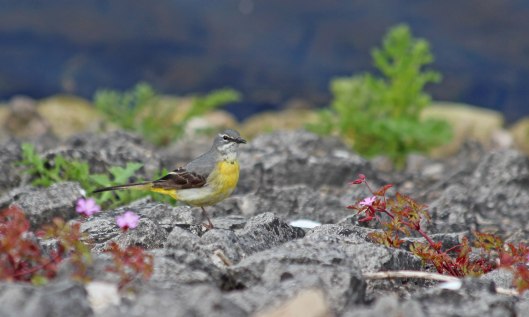 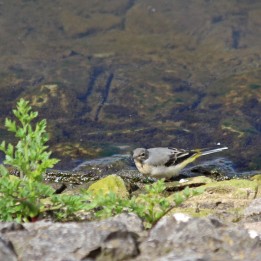 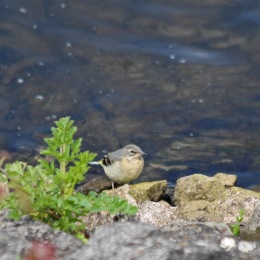 Next up was the sight of a family of Grey wagtails, two adults and their three offspring, flitting about amongst the stones at the water’s edge. 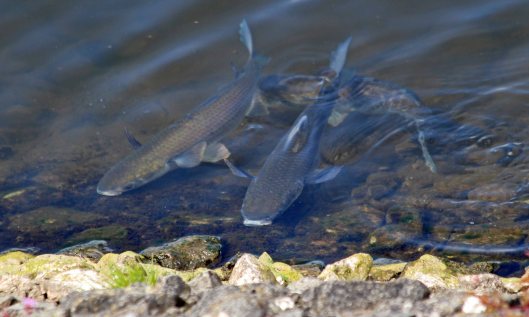 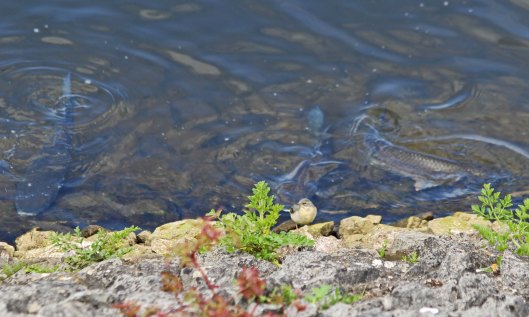 While watching the wagtails, I noticed the water churning at various points along the river’s edge. It was being caused by large fish, feeding on the weed that’s growing on the stones just under the water. Thanks to one of my Twitter pals, Tate, I later learned they were Thick-lipped grey mullet, which can grow ‘to huge sizes’ and which are ‘mostly a saltwater fish but can tolerate fresh water quite far up rivers’. 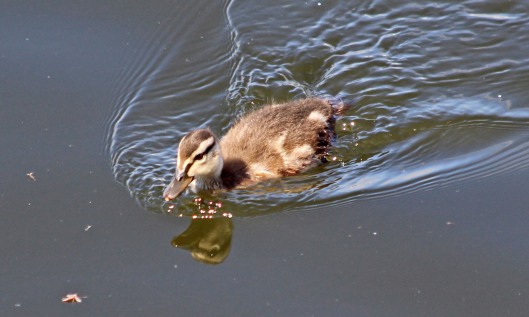 After unexpectedly bumping in to a birding friend and enjoying a chat to a real live person (a rare treat in these days of lockdown), my final wild treat was seeing these two Mallard ducklings, meandering along the river with their mother. 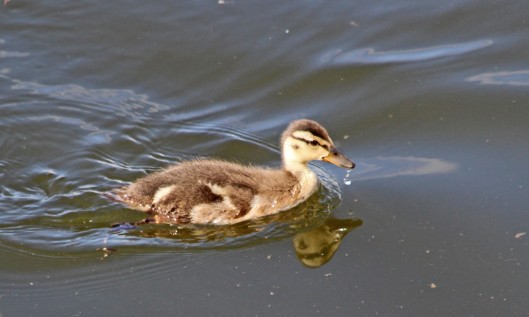 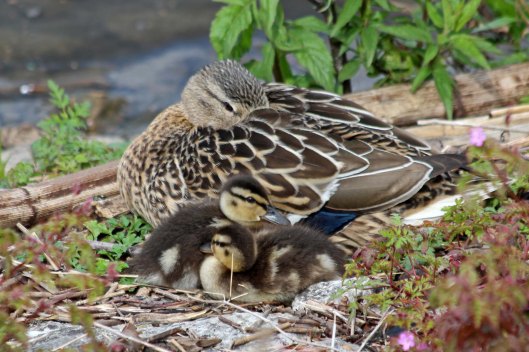 Some days we all need a dose of cuteness!

I always thought the expression ‘It’s good weather for ducks’ referred to wet weather: persistent rain leading to the formation of large pools of water that a duck might enjoy swimming in. Turns out I may have been wrong, and it may well have come from comments by the shooters of waterfowl, who find wet weather better for their hunting. 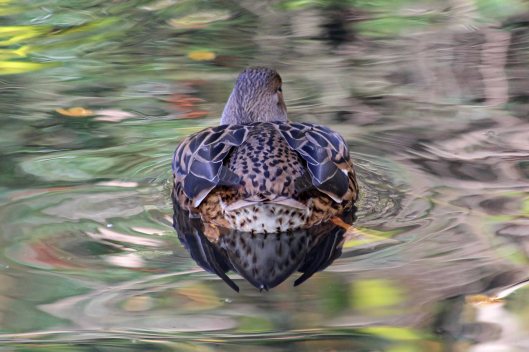 I certainly hope this gorgeous female Mallard doesn’t meet that fate. How could anyone shoot such a beautiful bottom … er, creature? 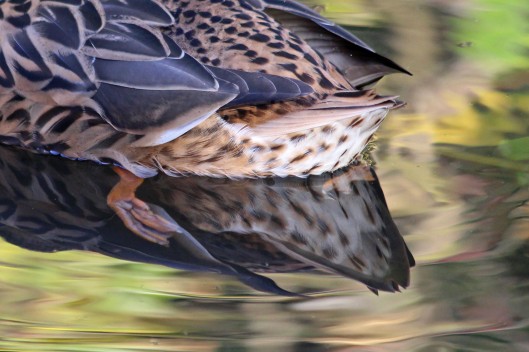 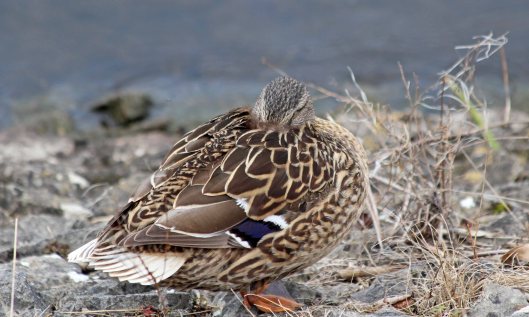 Some days, when it’s grey and misty and still a bit damp from the morning’s rain, the best thing to do is tuck your head under your wing and snooze the afternoon away – at least that seems to have been the opinion of this female Mallard on the Ely embankment today. 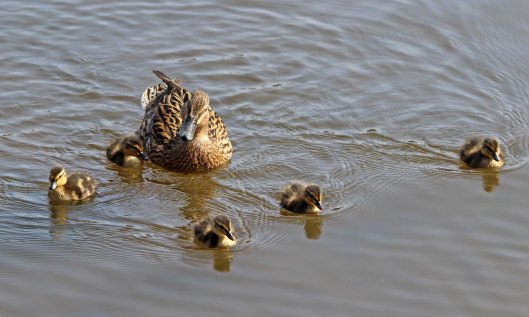 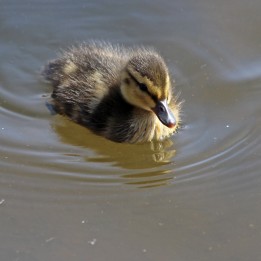 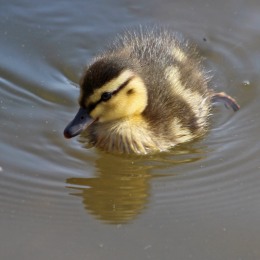 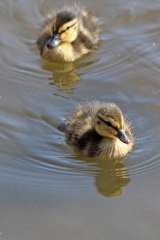 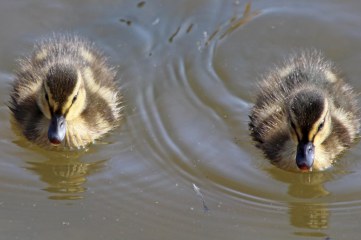 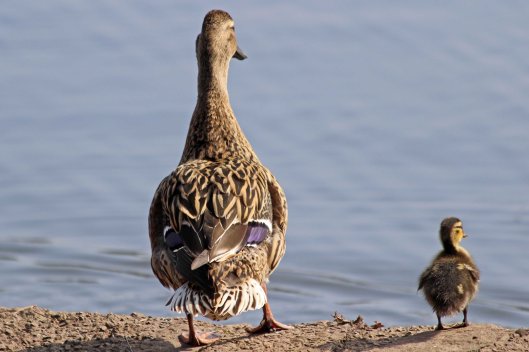