I start to put on my jacket before heading out on my daily walk when something flutters on the sleeve. It’s a moth, this moth, and I have no idea how it got there. Did it land on me during yesterday’s walk and spend the night on the jacket that I’d just flung over the back of a chair? Or did it creep in through the gap in a barely open window during the night? 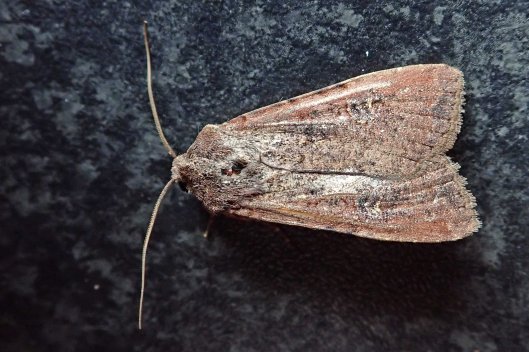 A moth expert on Twitter tells me it’s a Pearly underwing (Peridroma saucia), a moth that doesn’t breed in Britain but migrates here from Europe, most often during September and October. No wonder it’s looking a little faded after such a long flight. I keep it inside during the day and release it after dark, hoping that will help it avoid any hungry birds.