As I wrote yesterday, with very little fungi to be found our Glamorgan Fungus Group foray on Saturday developed into a more general nature ramble. I’m afraid I wasn’t writing down the names of all the various critters and plants we saw so I can’t identify everything in these photos but I can name some. 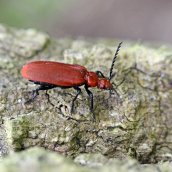 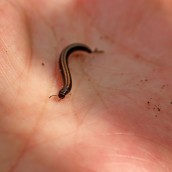 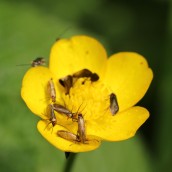 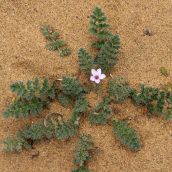 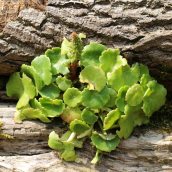 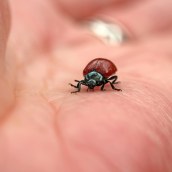 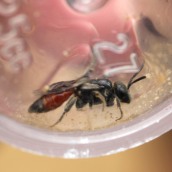 The first is a Red-headed cardinal beetle (Pyrochroa serraticornis), a very pretty beetle though this one wouldn’t keep still for me. The centipede was the same and I’m afraid I don’t remember its name, though I was told it’s not particularly common. It tickled! I think the little yellow dots are the eggs of the Green dock beetle (Gastrophysa viridula) as we saw a pair mating nearby. The tiny moths on the buttercup flower are Micropterix calthella. The plant with the pink flower is one I actually remembered from my botany walk on Thursday – a miracle! It’s Common Stork’s-bill (Erodium cicutarium). Then we have two different species of snail cosying up together. Once again, I was told the names but didn’t write them down and have forgotten (must do better next time!). This very pretty plant was a new one for me and it has two common names, so you might know it either as Wall pennywort or Navelwort (scientific name Umbilicus rupestris). Next is another beetle, this time a Poplar leaf beetle (Chrysomela populi). It was a gorgeous wee thing, with metallic green thorax and dark red body, almost like an oversized ladybird. And, last but not least, was this rather angry Blood bee (Sphecodes sp.). It was trying to lay its eggs in the holes of mining bees when it was netted and potted up for a quick close-up look. 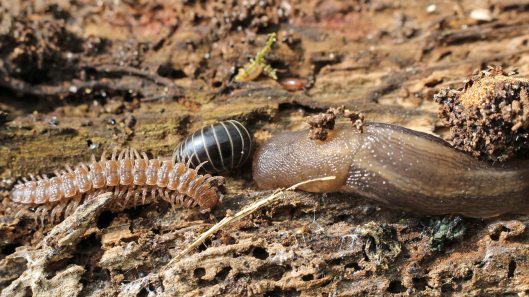 My favourite moment of the day, though, was when I turned over this log. I particularly loved the little grouping of millipede, pill-bug and slug but these were only a few of the various creatures to be seen. It was just nice to see such biodiversity co-existing happily together. A lesson for us all, I think.