In his ‘Ode to a Nightingale’, Keats wrote of a ‘light-winged Dryad of the trees’ singing of summer in ‘some melodious plot of beechen green’. The beechen green has now become beechen gold and brown, but I can still imagine Dryads singing of the beauty of mighty Beech trees, in all their autumnal finery, and even performing paeans in praise of their statuesque forms once those golden leaves have fallen. 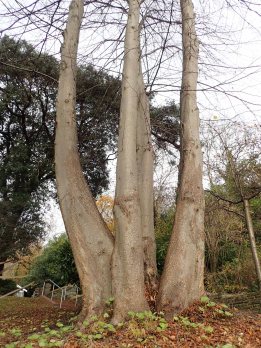 Five species of Lepidoptera larvae can be found in the leaves of Beech (Fagus species) and, with a lot of searching, much head-scratching, some rejections, and the much appreciated assistance of our county moth recorder Dave, I’ve now found and positively identified all five in my local area.

Stigmella tityrella: This moth’s larval leaf mines featured in last week’s post about green islands. The gallery (like a corridor) mine is usually compact and angular and, in particular, the larva stays between the veins when creating its mine – that is the feature I find helps most with its identification. As you can see from the two mines below, the galleries are very narrow to begin with, then broaden as the larvae grow.

Stigmella hemargyrella: These larvae also create a gallery mine, but the mine is most often wider and longer than that of S. tityrella, and the larvae have no issue with crossing over the leaf veins. 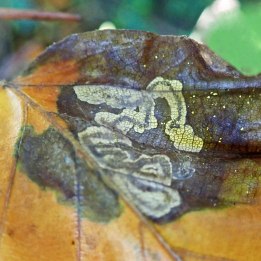 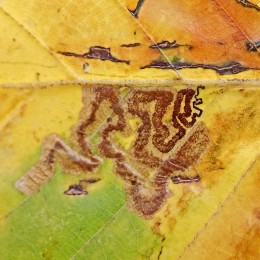 Parornix fagivora: This is the mine I’ve found least in my local area, though I’m not sure if that’s a reflection on the moth’s rarity or my finding skills. Look for a blister, where the larva lives at first, and then a folded leaf edge, which it inhabits a bit like a cave. 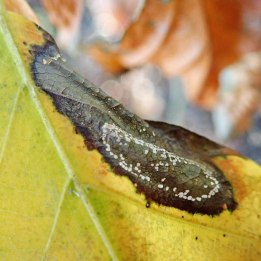 Phyllonorycter messaniella: Both Phyllonorycter species on Beech create blisters; this one is usually an oval shape, almost rectangular, and quite broad. I’ve found the upper side of the leaf can be almost featureless but the blister on the underside is quite obvious so, if recording these, it’s best to include a photo of both sides of the leaf. 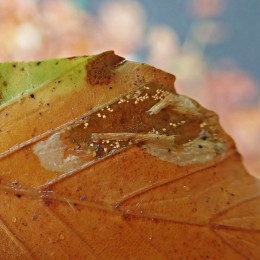 Phyllonorycter maestingella: This blister mine is long and quite narrow, and often placed between leaf veins. By spinning silk, the larva draws the leaf together to create a cosy tunnel, which looks a bit like a crease on the upper side of the leaf.

I’ve attached to each of the moths’ names a link to the species description on the British Leafminers website, which is an excellent resource for anyone wanting to learn more.

It’s late autumn, nearly winter, and, as you would expect, the leaves on this Beech tree have all now changed from vivid summer green to autumn brown … or have they? If you look more closely at this image, you’ll notice that some of the leaves have what entomologists, moth-ers and others in the know call ‘green islands’.

Butterfly Conservation’s Associate Director of Recording and Monitoring Richard Fox explained the reason for this most succinctly in a recent post on Twitter: ‘Thanks to Wolbachia bacteria in its body, the caterpillar uses cytokinin to maintain a green island of plant tissue in which it can feed in autumn.’ 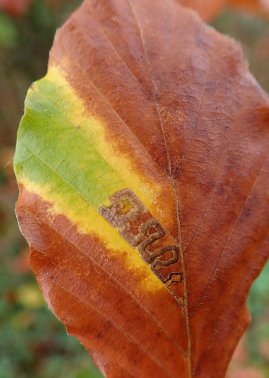 Fox was referring to leaf-mining moth caterpillars, like the Stigmella tityrella moth larvae that produced the mines in the leaves shown above, but other insects also manipulate the physiology of leaves so they can continue feeding. Another example from the same Beech tree can be seen below – here the larvae of the gall-inducing midge Hartigiola annulipes have also caused green islands to form in the leaves. 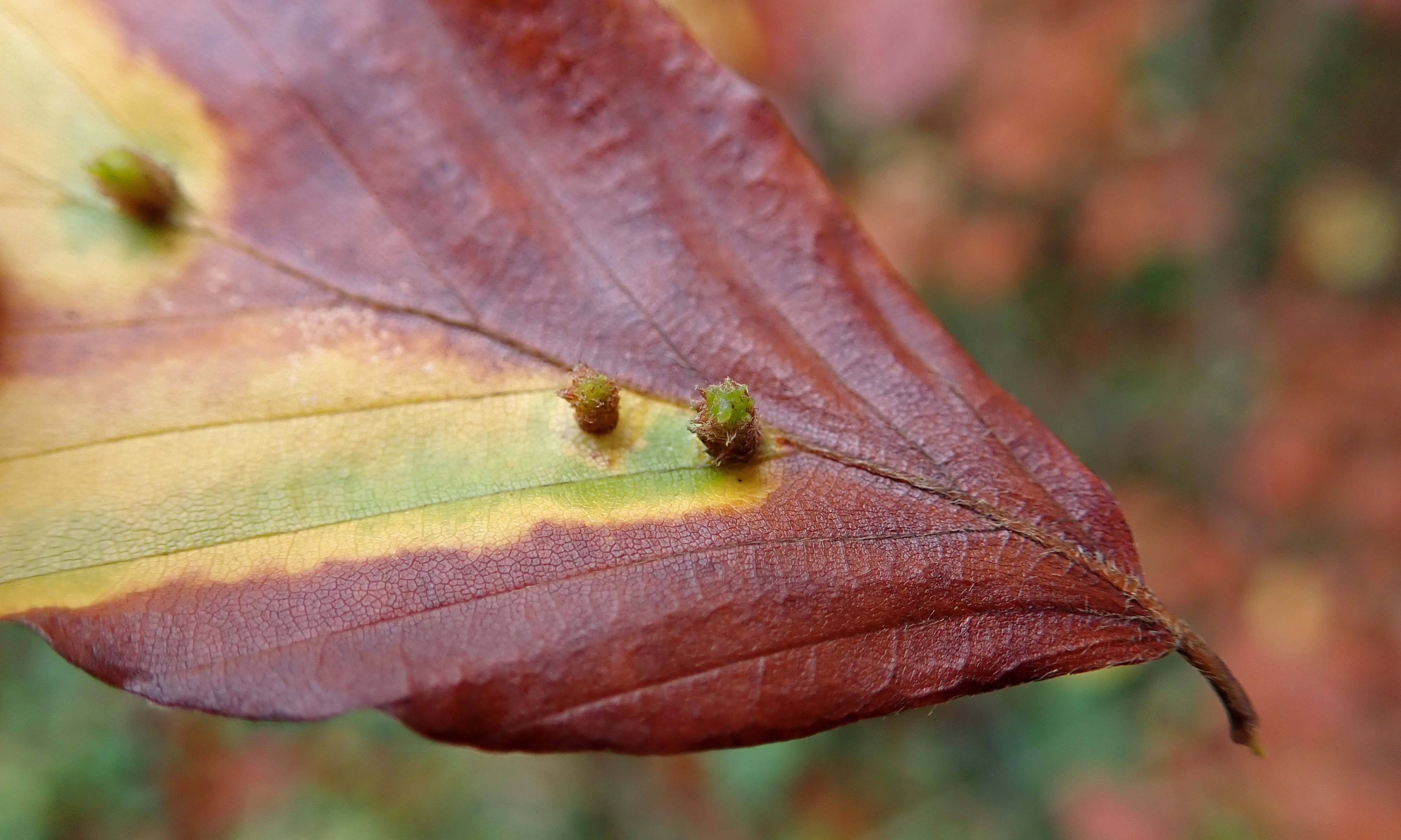 If you want to read more on the science behind this process, I found a paper entitled ‘Plant green-island phenotype induced by leaf-miners is mediated by bacterial symbionts‘, on the Royal Society website.

Yesterday I feel in love. His name is George, George Wood, and he lives near the charming little village of Dinas Powys, west of Cardiff.

Although these beeches are recent, they are now considered an essential part of George’s personality.

George is a bit smelly at the moment because of his preference for masses of wild garlic, but his stunning good looks more than make up for this passing phase.

Though it’s his beeches that made me fall in love with him, I’m sure I will also come to love his oaks and ashes just as much. I can’t wait to get to know George better!