I took these photos of Broad-leaved helleborine (Epipactis helleborine) ten days ago, on 13 July, and even then I had expected them to have shrivelled in the sweltering heat. Now, after the heatwave, I imagine they will have wilted, drooped, possibly died off completely but I will go back soon to check on them as they have such lovely flowers.

These Broad-leaved helleborines (Epipactis helleborine) are a little past their best but I just had to post about them, partly because I love all of Britain’s native orchids and partly because these are survivors. You would usually find these terrestrial orchids growing in clearings or along path edges in forests and woodlands but these particular plants are growing on the edges of a former rubbish tip, now urban park, in Cardiff. Despite humans dumping thousands of tons of rubbish on their habitat, then covering that over with imported rocks and soil, laying tarmac paths and planting cultivated plants like cotoneaster, these helleborines have somehow survived. The idea of that made my day! 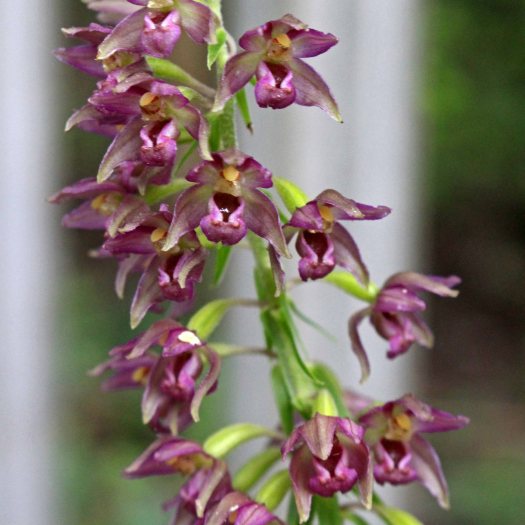 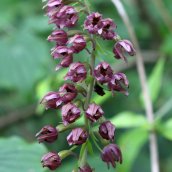 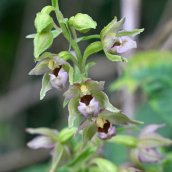