Do frogs like the rain? As they’re amphibians, I’m assuming they do but I’m sure even they experience difficulties when there’s too much water around, and maybe it’s just their tadpoles that, of necessity, like water.

Our miserable weather continued today, with heavy rain from dawn to dusk, so these photos are from a couple of days ago when I enjoyed a meander around Forest Farm Nature Reserve in the all-too-brief sunshine. I found this frog spawn, the eggs of the Common frog (Rana temporaria), in the dragonfly pond at the reserve.

I initially thought it was a little early but it turns out I blogged about finding frog spawn at Lavernock Nature Reserve on the exact same date last year. I missed the tadpoles in 2019 so must remember to check for them in a week or so. 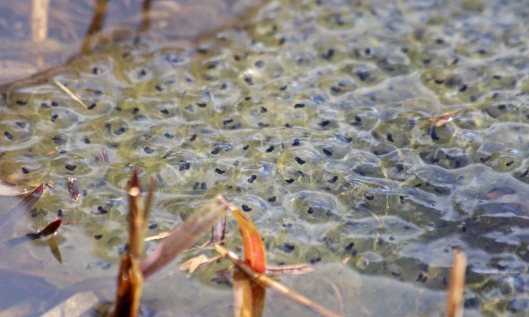 It was frosty white again this morning so, in the hope that the chilly temperatures might have lured the resident Snipe out of their hiding places in the reed beds, I headed to Forest Farm Nature Reserve for a meander. And I was lucky – though they were very distant, I managed to spot three Snipe. Full marks if you can actually see them in this photo.

Of course, the cold temps also meant the birds were hungry and frantic to be fed. I took plenty of seed with me but many of the good folk who walk this reserve regularly had already covered fence post tops and feeding tables with food of various types. This Nuthatch was stocking up, taking away several seeds and nuts at a time to stash in nooks and crannies in nearby trees. 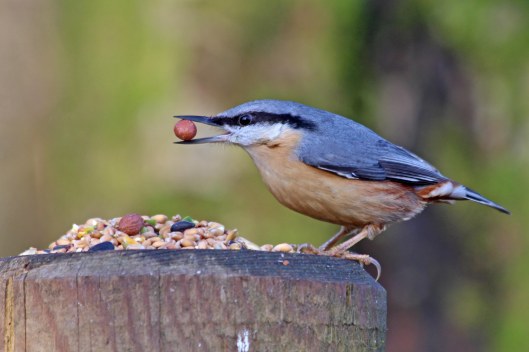 Jays were also busy stashing. Birders were spraying the grass in front of the bird hide with peanuts, which at least two Jays were gathering and carting away to their local hiding places. Best to be prepared in case this chilly spell continues. 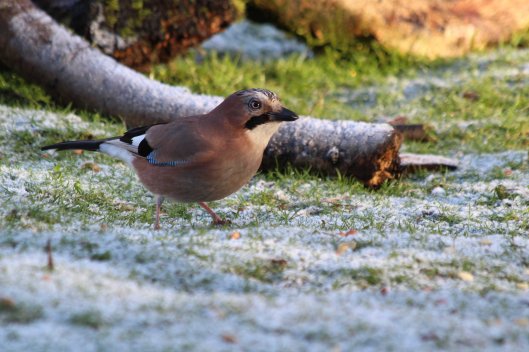 Today’s was another merry meander, this time around Forest Farm Nature Reserve. The sun was actually shining for part of the time, which was a very pleasant change, and I was lucky with my bird sightings.

As soon as I stepped on to the pedestrian bridge that crosses the River Taff from Radyr Station to Forest Farm, I could hear a Dipper singing – such a delightful melody! And there it was, sitting on a rock on the far bank, almost directly under the bridge. I couldn’t have asked for a better start to the day.

The little birds – the tits and finches, Robins and Wrens – were also very vocal and it wasn’t long before I had paused to hand out some sunflower seeds and enjoy their feasting. As I watched, I caught a flash of red – my first Great spotted woodpecker of the year. I also heard, then saw a Green woodpecker but wasn’t quick enough for any photos.

I popped along to the second bird hide but all was quiet there and I’m not one to just sit and wait for the birds to come, so I headed along to wander the length of the old Glamorgan Canal, and back. I was soon lucky there too – a Kingfisher was flying and perching on low branches, trying to fish but being almost continuously disturbed by passing dogs and their walkers and noisy families.

Four hours later, I had dished out all of my seed offerings and managed to clock 30 species, four of which were new for 2020 and all of which were lovely to see. But the highlight of the day was probably the sight of 10 Grey herons in one huge dead tree (at one point also joined by a Buzzard but two Magpies soon saw it off)! 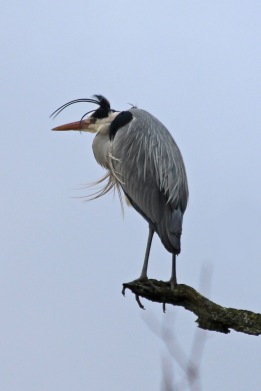 Here are some of the colours of autumn from my walk around Forest Farm Nature Reserve yesterday. It was magical! 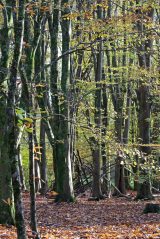 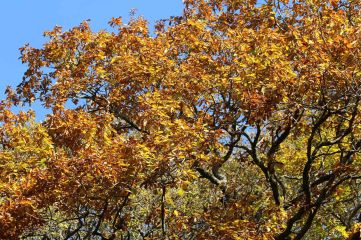 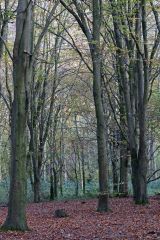 Today was a glorious autumn day so I took myself to Forest Farm Nature Reserve for a long walk. I popped in to the hide to see what birds were around but it was very quiet.

Apart from a couple of Moorhens in the pond, the only feathered creatures I saw were these, a Jackdaw and a Jay that had been enticed down on to the grass in front of the hide by the peanuts another birder had thrown out for them. 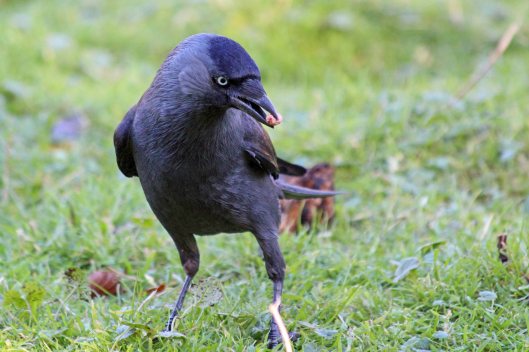 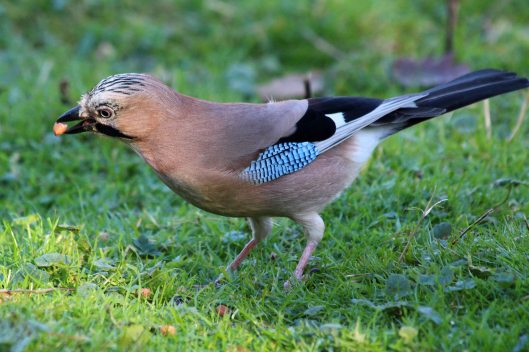 Today was the calm before the storm – or, at least, it might have been – snow and strong winds are forecast for tomorrow afternoon but we’ll have to wait and see if that forecast is correct. Today, though, was bright blue skies, heavy white frost, a cracking walk around Forest Farm, lots of lovely birds (including my first Siskins of the year), nice catch-ups with birding friends and birding-chat with strangers – just perfect! Oh, and here’s one of the many Moorhens I saw, this one preening vigorously in the warm morning sunshine.

When I headed to Forest Farm Nature Reserve today, I was hoping to add a Dipper to my year list (tick) and, as frosty mornings often lure them out from the reeds, I was also hoping to see some Snipe – these are they. Not as close as I’d have liked but still good to see as they are so well camouflaged they’re often difficult to spot. There were lots of other lovelies too: a Kingfisher, two Buzzards being harassed by Crows, three Great spotted woodpeckers, a ton of Mallards and Moorhens loudly staking out territories in preparation for breeding, four Grey herons like statues in a dead tree, and my first Snowdrops of the year. T’rrific!

When anyone asks me what my favourite season is I can never decide because they each have their good points but, this year, our late-arriving autumn has certainly been magnificent. On Wednesday I caught the train to Radyr for a meander around Forest Farm Nature Reserve and it was sublime. From bright golden yellows to rustling red-browns, with some leaves still decorating spreading branches above my head and others carpeting the woodland floor beneath my feet, I spent a marvellous day, my eyes admiring, my feet kicking, my neck craning and all my senses spilling over. Ah, autumn! 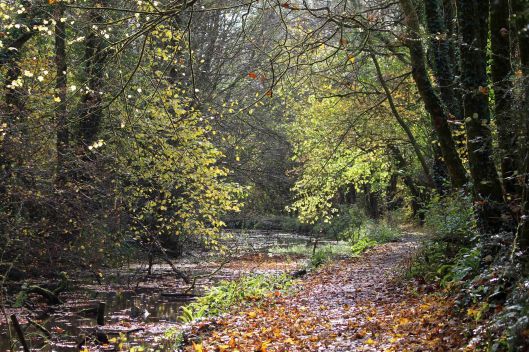 I chose Forest Farm Nature Reserve for my wander on day 28 of #30DaysWild, to take advantage of the large shady trees, and I’m very glad I did because it was another scorcher. As well as the thrill of seeing my very first White-letter hairstreak butterfly (along with many other butterfly species), I was particularly delighted by the Beautiful demoiselle damselflies (Calopteryx virgo). Their iridescent colours sparkled in the dappled sunlight as they flitted back and forth along the old Glamorgan Canal. Fairies! 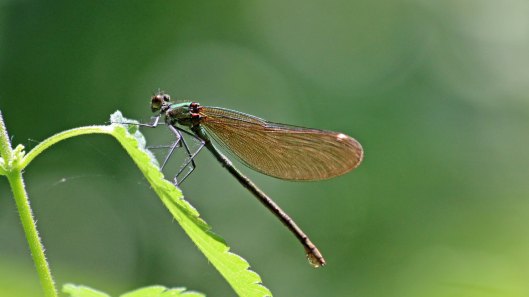 All was peaceful as my friend Jill and I sat in a hide at Forest Farm Nature Reserve earlier this week. Light rain was falling and, though we could hear bird song in the reeds and surrounding trees, the only birds we saw were the cheeky little Great tits and Robins coming to feed on seed left by previous visitors to the hide.

Suddenly, a Moorhen appeared over the lip of the hillock in front of us, making a determined beeline for the front of the hide to harvest the seed that had been thrown out on the grass. The bird wasn’t at all hesitant and nervous … and then we saw why, as first one, then another little bundle of black fluff appeared over the hillock behind. We eventually counted five Moorhen chicks, and both parents emerged to help feed their ravenous youngsters. They were so delightful and entertaining to watch. 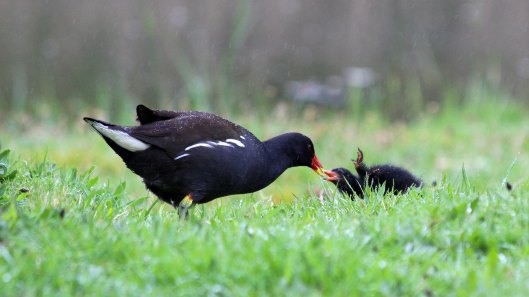 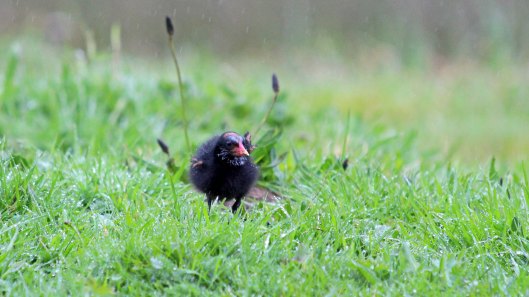 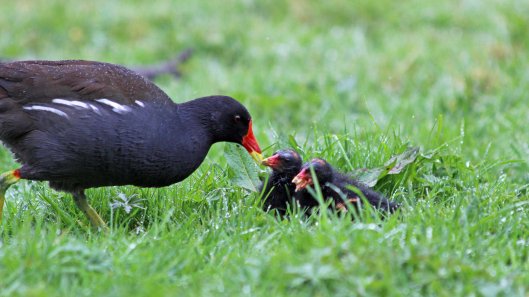 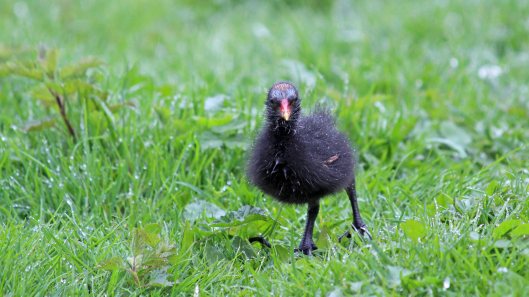