As well as the cute little flower bug I found on Hedge woundwort (see yesterday’s post), on a nearby plant I also found this Woundwort shieldbug (Eysarcoris venustissimus), its jewel-like colours shining in the sunlight.

As the name implies, Hedge woundwort is one of the plants this bug’s larvae feed upon. Apparently, these shieldbugs were considered rare in the 19th century but their situation has improved and the adults can now be found year round in much of southern Britain. 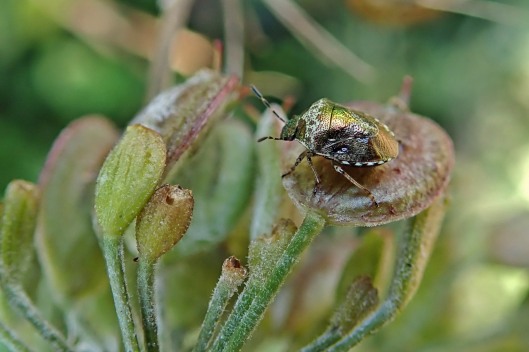