One of the highlights of this week at Cosmeston Lakes Country Park has been watching the party of three Whinchats that have stopped off to feed up prior to their migration to central and southern Africa. I think they’re a family group because this one appears still to have the plumage of a juvenile.

Another (below) is still part way through the moulting process. I read recently that birds don’t usually migrate until after their moult is complete, as the lack of all their proper flight feathers, in particular, can affect their ability to fly long distances. Perhaps that’s another reason why they’ve broken their journey at Cosmeston. 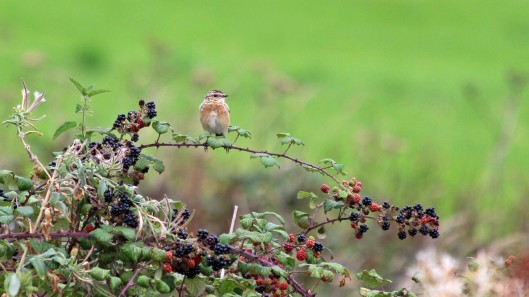 This is the third Whinchat, or Saxicola rubetra, to give it its scientific name.

Their common name, as with many birds, reflects their behaviour – whin is another word for gorse, as these little birds are commonly found amongst gorse and bracken and areas of low shrubs and bushes. Chat relates to their call, which combines the sound of two stones being tapped together with a series of melodic whistles. 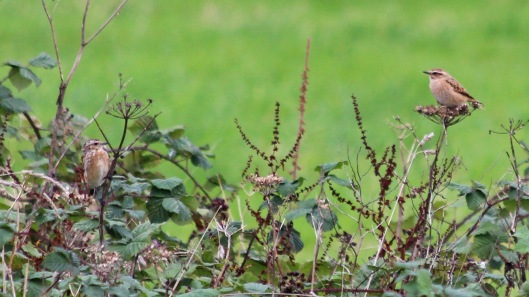 2 thoughts on “A Whinchat family”